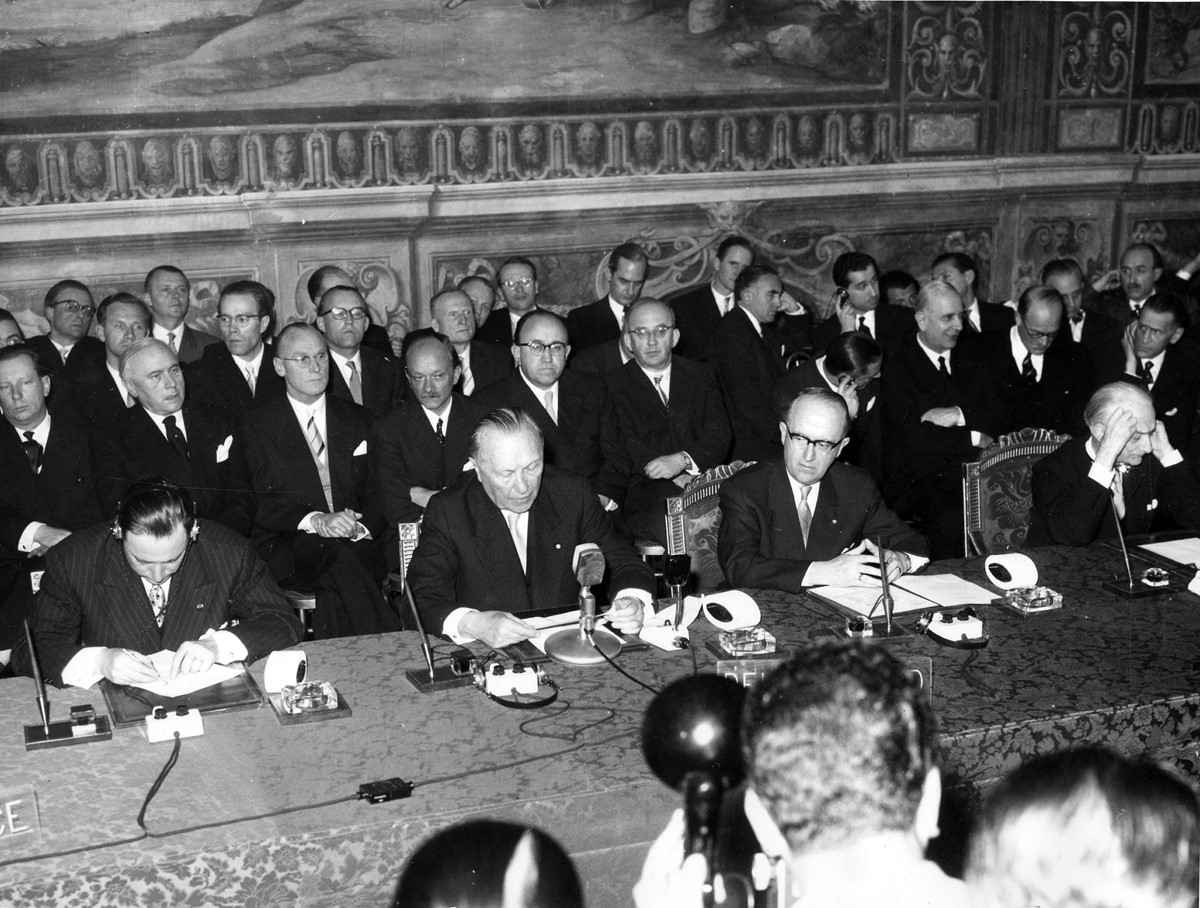 The Shape of Europe

This year, we celebrate the sixtieth anniversary of the signing of the Treaty of Rome, the agreement that led to the creation of the European Economic Community. This treaty was an important milestone in the formation of the European Union. Sixty years later, the European project is in crisis because it allowed itself to drift away from the vision of its founding fathers.

The leaders who founded the European Union envisioned a union of nations that would preserve, protect and spread the values that are the foundation of our freedom and democracy. These are the Christian values that determined the very fabric of our European societies; respect for the individual, respect for diversity and solidarity. They believed that Christianity has the power to overcome all egoism and is the foundation of Europe's recovery from war damage. However, Robert Schuman warned us that when we are cut off from our Christian roots, this could lead to tyranny or anarchy.

Sixty years later, we seem to have deviated from the original ideals and values. We did not take Schuman’s warnings seriously. Due to increasing secularism, Christian values are being replaced by an ideology that seeks personal happiness only in individual freedom and autonomy. The fact that European culture is based on the Christian principles was even removed from the concept of the European constitution and cannot be found in the Lisbon Treaty. Undoubtedly, the ideology and dominant language of the EU institutions is already far removed from that found in the Founding Fathers' writings.

We should not abandon the European Union, but we urgently need to go back to the roots, to have a new model of the EU based on what the founding fathers envisioned. For us a free and democratic Europe implies a European Union that is a community of member states and subject to the peoples of these member states. The independency of the member states must therefore always be respected as they are the institutional foundation of the Union. They lend tasks and authority to the Union and decide the direction of the Union. The EU institutions must respect this democratic order. We do not need more Europe, but a better Europe. The EU should be a community of peoples where different cultures, religions, traditions, and heritages will be cherished and developed instead of promoting a single secular view.

Of course, our respect for the independence of each member state should not lead to a mere technocratic and economic co-operation. The EU is more than a sum of its parts. It has its own role as a union of these nations that is representing their peoples and their values and is governed by democratic and transparent processes. The ultimate goal of the Union should not be to become a new economical or military ‘global power block’ but to apply the values upon which this unique co-operation of nations is founded upon.

While being very modest to impose legislation upon its member states, the EU Institutions should actively promote key principles like human dignity (from conception till natural death), freedom, security and the responsibility for both people and planet. Concerning the latter, we believe that the EU should encourage member states to invest in green technologies, green energies, conservation and care for environment. Regarding security, we believe that an increasing cooperation to combat terrorism is needed. ECPM also believes that the EU needs to play an active role in increasing cybersecurity and work with the member states to tackle this cross-border issue.

Freedom of conscience is another fundamental pillar of our democracy. The EU as well as each member state should therefore promote through their policies the concept of reasonable accommodation and respect the conscience of every European citizen. There are also many challenges to the freedom of religion or belief in Europe and around the world. On an EU level, the work and contribution of faith based organisations should be recognized. If the EU wants to be truly united in diversity it should balance the freedoms of its citizens and not continuously promote only one liberal ideology as it is doing now.

Finally, the EU should continue to emphasise the solidarity between the member states and apply this principle in its economic policies. The common market has to rest on these values if we want it to function in the years to come. Our economic model should focus more on the entrepreneur and less on multinationals. This means less rules and more personal freedom and personal responsibility.

The European Institutions can and have been a powerful tool to serve the common good in Europe. However, it is important to understand that it is a tool and not a goal. The goal of the European Union should never be an ever-closer Union, the goal should be a better Europe for all its citizens!