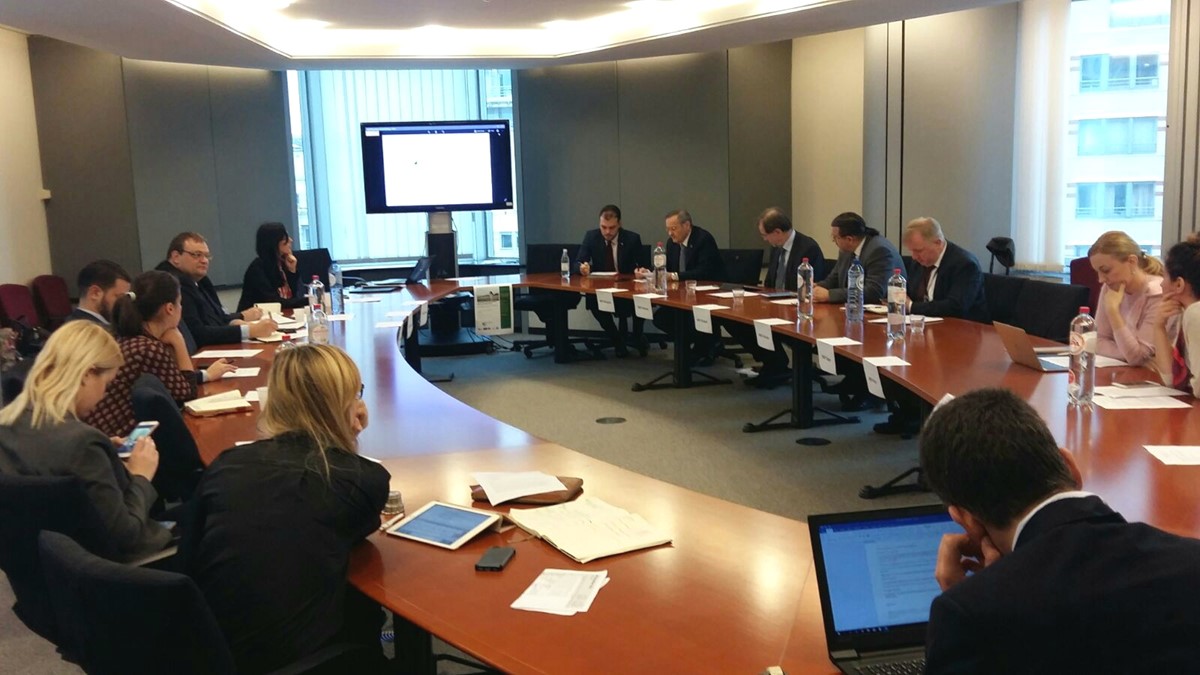 The Political, Legal and Scientific Aspects of Human Dignity

"What is Human Dignity?" This question was explored by MEPs of the cross-party Working Group on Human Dignity in the European Parliament during a hearing organized on the 29th of November on the topic "The Political, Legal and Scientific Aspects of Human Dignity". Several ECPM MEPs are active in the working group.

The meeting was moderated and hosted by MEP Alojz Peterle (EPP, Slovenia). ECPM President and MEP Branislav Skripek (ECR, Slovakia), one of the members of the working group: "Human dignity is the basis for human rights. It is based on the fact that we are created in the image and likeness of God. Therefore life should be protected from conception to natural death. It is sad that there are attempts to create new rights as for example the right of abortion and the right to death which go against the key principles of human dignity. Human dignity should be the basis and the protection for human rights, not the other way around."

"No matter which political sector - Europe has to put the human being and human dignity into the center," ECPM MEP Arne Gericke (ECR, Germany) said. "Our European Union has been founded as a Union of values. We risk the Union if we loose this base. Europe is much more than just a market - all we do happens from a huge social responsibility. And it is up to us to continue. Human dignity also means respect regarding others. One fact I miss especially in the dialogue between Western and Eastern European member states, is that our common story is not 'black and white'. Unity in diversity needs a strong power to stay together. Respecting human dignity is central."

David Fieldsend, former Director of CARE for Europe and current President of Sallux, examined the development of human dignity through a historical perspective from antiquity up to the Second World War, when the concept of an inherent human dignity was denied. This lead to millions being considered as inferior and without rights or protection on various racial, medical or social grounds, allowing them to be harmed or killed at will. The Convention on Human Rights and Biomedicine (Oviedo Convention) called for prohibition of the deliberate creation of human embryos for research purposes, interventions in the human germ line which might be heritable, and sex selection other than for therapeutic purposes. This Convention has been ratified by almost all the EU Member States. However, there is an ongoing development in research and the reproductive and therapeutic cloning of embryos, three parent embryos and support for surrogacy. Commercial experimenting on creation and nature will have consequences on society’s outlook on the human being and our dignity.

Fieldsend discussed the trend of using human dignity as a justification for death, as is happening in the push for the recognition of death with dignity and assisted suicide. Even though the Council of Europe clearly denounced this in 2002, recognising that a terminally ill or dying person’s wish to die cannot of itself constitute a legal justification to carry out actions intended to bring about death, such initiatives continue. Human dignity is an inherent value necessary to protect life and it serves as a basis for human rights. Lastly, Fieldsend commented that developments in this debate are quick, making it difficult for politicians to find appropriate answers on these issues and making it easy to forget the ideological basis of challenging scientific developments.

Dr. Adina Portaru, Legal Counselor of ADF International, focused on the fact that human dignity has been central to human rights: prominent references to it can be found in major human rights treaties and instruments, such as the Universal Declaration of Human Rights, the International Covenant on Civil and Political Rights, the International Covenant on Economic, Social and Cultural Rights, the EU Charter and the Social Charter. These legal instruments, together with the relevant jurisprudence of the European Court of Human Rights and the European Court of Justice, convey the important message that all human beings are born free and equal in dignity and rights. Human rights themselves derive from the inherent dignity of the human person.

"It is written in the European DNA to respect the inviolable dignity of every single human person and as such, we are called to defend it at this and every moment in our history," MEP Marijana Petir (EPP, Croatia) said. "Human dignity is not just a general notion but rather a making essence of every single human being."