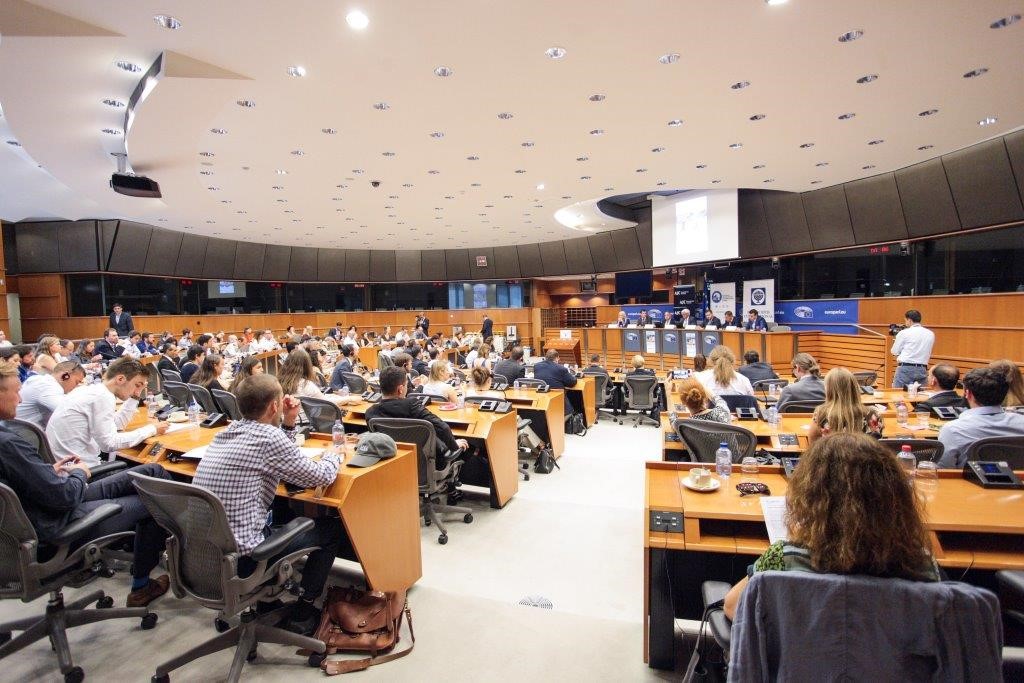 Tectonic Shifts in the Middle East

On Tuesday, 20 June 2017, ECPM MEP Bas Belder (ECR, NL) co-hosted a conference hosted by MEP Anders Vistisen (ECR, DK) at the European Parliament in Brussels, titled “Tectonic Shifts in the Middle East: Iran, Trump and the Sunni-Israeli Rapprochement”. Other hosts included the AJC Transatlantic Institute and B’nai B’rith International. The conference was opened with a keynote speech by Mr. Eli Hazan, Director for Foreign Affairs of the Likud party in Israel. A panel of three esteemed speakers from the Middle East was moderated by Michael Sieveking, EU Policy Advisor at the AJC Transatlantic Institute.

The panel consisted of Gen (ret.) Mansour Abu Rashid, Chairman of the Amman Center for Peace and Development, Dr. Abdullah Swalha, Founder and Director of the Center for Israel Studies in Jordan and Ms. Smadar Perry, Senior Middle East editor for one of Israel’s leading news sources, the Yedioth Ahronot. The conference aimed to explore current cooperation between Israel and moderate Sunni Arab states in the region as well as discuss policy recommendations to resolve the Arab-Israeli conflict.

MEP Vistisen opened the conference, noting the historical aspect of the event in the European Parliament. “It is for the first time that we have both Sunni Arab speakers and Israeli speakers talking about regional cooperation in the context of solving the Israeli-Arab conflict.” He further noted that support for the rapprochement and cooperation between Israel and moderate Sunni Arab states is very much needed as they positive developments could greatly contribute to regional peace, security and prosperity.

Mr. Hazan underlined the support by Israeli Prime Minister Netanyahu for forums, which promote regional cooperation, such as the ECR event. He presented the two plans by Israel’s Minister of Intelligence and Transportation, Yisrael Katz, to build an artificial island off the coast of Gaza, which would include an airport, seaport and a desalination plant, amongst others, and the recently launched “Rails for Regional Peace” programme that will see a railways network connect Israel to some of the Gulf states, via Jordan. “Yet, this is only the beginning (…) we will turn the murky valleys into beacons of hope”, Hazan concluded concerning the potential of Israeli-Arab cooperation.

Dr. Swalha noted the various developments that have brought Arabs and Israelis together, such as Iran’s growing hegemony in the region and ISIS. “President Trump has opened a window of opportunity, which may lead to a new era of interaction”, Dr. Swalha noted. He further called for the creation of a new direction in the Middle East, which would bring Israel and Arab states together, united against terrorism. The regional context is needed to help create a peace agreement between the Israelis and the Palestinians”, Dr. Swalha stressed,. He further mentioned that relations between moderate Arab Sunni states and Israel need to be more in the open. “Publicity about positive cooperation, such as the recent Saudi proposal to Israel, is very important to promote peace”, Dr. Swalha concluded.

Ms. Perry noted several of the difficult concessions that would be needed between Israel and the Palestinians, such as the right of return for Palestinian refugees into Israel, and that she did not expect any agreement in the near future. Perry shared some of her own difficulties as working as an Israeli journalist in the Arab world. “Sometimes I have to think twice before travelling to Egypt or Jordan and to write articles”, Perry noted. “However in reality, the strategic cooperation is very strong, but is often censored”, Perry emphasised.

Gen (ret.) Abu Rashid shared with the audience that when he served in the Jordanian military, he fought Israel in the 1967 war. However, much has changed since then and when showing a picture of the signing of the Jordanian-Israel peace treaty, he called the leaders heroes. He noted the many diverse projects his organisation is involved in, such as people-to-people contacts, agritech, security cooperation and the environment. “Especially trilateral security cooperation between Israel, the Palestinian Authority and Jordan is very important” Abu Rashid stressed. “This cooperation can help solve the issue of security on the eastern West Bank border in case of a peace agreement: security for Israel and sovereignty for the Palestinians”, Abu Rashid concluded.

Mr. Fuentes Milani, Head of the Middle East division within the EEAS, underlined the relevance of the very well attended conference. He further noted the European Union’s position on the Middle East peace process and the 2015 offer of a Special Privileged Partnership to Israel and the Palestinians. “Working together with the Quartet and Arab partners in the region may hopefully pave the way to find a momentum for peace in the area”, Milani concluded.