On Thursday, 14th of May, at the Scheier Palace in Čakovec, Croatia, the European Christian Political Movement (ECPM) together with Hrast party held a conference where speakers presented the Christian Conservative approach for reforming the EU. Ladislav Ilčić, president of the party Hrast and ECPM board member, emphasized at the beginning that history clearly shows that no society has progressed without a clear identity and value system and, in the same way, that no political option that does not have a value system can be effective.

Leo van Doesburg, director for European Affairs for the European Christian Political Movement, reiterated the words of the founder of the European Union, Robert Schumann: "Democracy will be Christian or it won't exist. An unchristian democracy is a caricature which sinks into tyranny or anarchy.” He believes that the European Union needs to be reformed, giving more powers to member states and less to Brussels, and to return Europe to Christian roots.

General Željko Sačić said that the HDZ under the leadership of Andrej Plenković is threatening the values that basically determine the Croatian people: "Just as we have spoken, the Istanbul Convention has not diminished violence against women. But this Convention wants to change the Croatian mentality. The Marrakech agreement is also very harmful and dangerous for Croatian society because it has wrong approach to migration issues."

The speakers also responded to a number of questions about Roma issues in Međimurje. They consider that Croatian social policy needs to be changed because it demotivates people to work, and it needs to do the opposite. Croatia must also ensure the same sense of security in all its regions. As in all other topics, ECPM candidates approached questions about Roma people openly and realistically, not closing their eyes for political correctness sake, like other politicians. Numerous visitors expressed their full support to ECPM candidates in a great atmosphere and wished them an excellent result in the European elections. 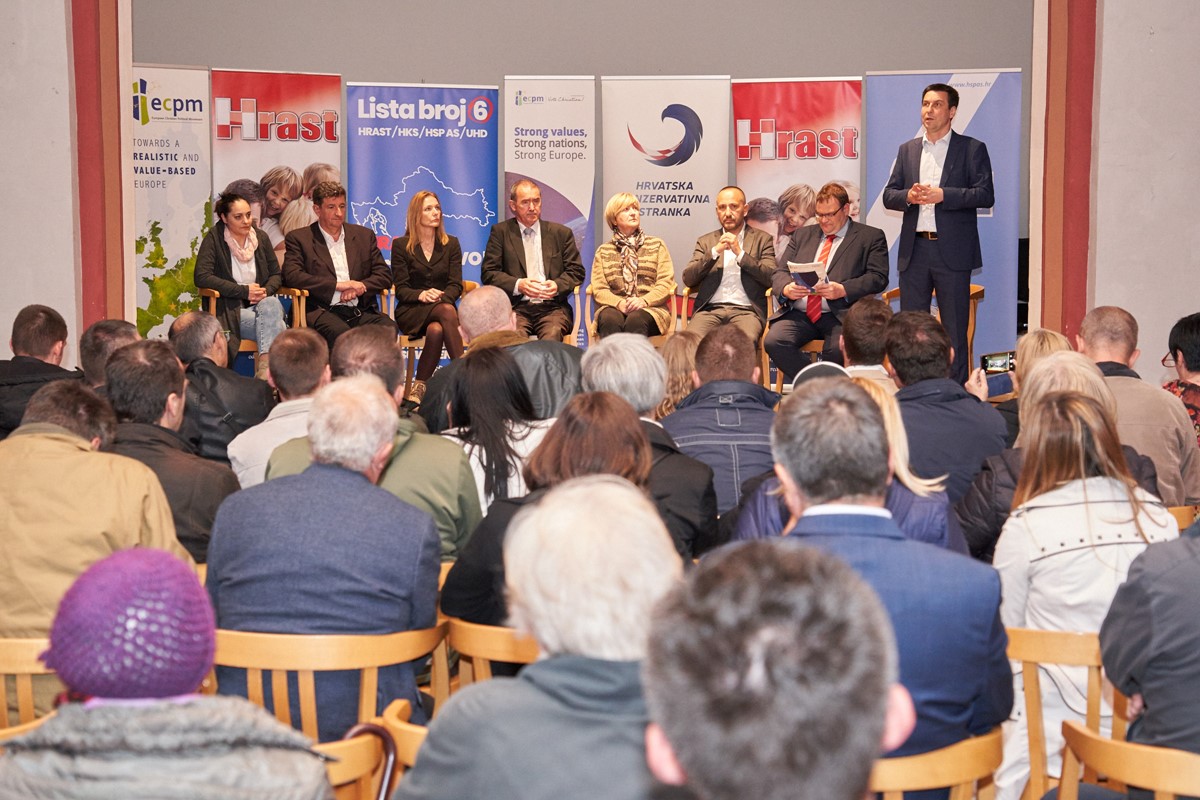