Solidarity with Kurds and Yazidis in Germany and the Middle East

Solidarity with Kurds and Yazidis in Germany and the Middle East

Representatives of numerous Yezidi congregations from all over Germany came to Siegen for the Yezidi New Year celebration which coincided with Easter. In Leer, influencers from the surrounding communities, associations and media representatives were invited.

Karin Heepen, President of Bündnis C, assured those present of the solidarity of Bündnis C in the struggle of the Kurds and Yezidi in Syria and Iraq for freedom and justice and their empathy for the fate of their families and friends in Syria since the occupation of Afrin by Turkey. Bündnis C launched a petition to the German government a year ago calling for a halt to the Turkish invasion of Afrin. The parallels between the actions of the Turkish military in Afrin and the genocide of the Yezidi in Singar 2014 were addressed. Looking ahead to the European elections, Heepen stressed that Kurdish politicians should actively and diplomatically bring the situation in Northeast Syria and Iraq to the attention of human rights organisations, NGOs and the European Parliament. There must be no more arms exports from Germany to Turkey as long as the Turkish government continues its policy of aggression and oppression. An international court is to be set up in Rojava to deal with the crimes of the IS and Turkey. The EU must no longer allow itself to be blackmailed by the Turkish government with the refugee deal. Instead, the money to supply the Syrian refugees should be paid to the DAS Northeast Syria, so that the refugees can be resettled in the peaceful areas of Syria.

Arne Gericke, MEP for Bündnis C, took a stand against Turkey's intolerable action as a NATO partner. He also visited the hunger strikers in Strasbourg on 26 March who are fighting for the end of Abdullah Ocalan's solitary confinement in Turkey. He assured those present of the solidarity of Bündnis C. In the European Parliament he will advocate for a consistent EU policy against Turkey's course of aggression and that the Kurds and other ethnic groups in the region receive support for the establishment of self-government in the Nineveh plain and in Sinjar.

Jacques Bazen presented the ECPM's foreign policy focus for a culture of freedom in the Middle East by working with the free democratic forces in the region, not the dictators. He called to vote for Bündnis C in the European elections so that the ECPM MEPs can continue their work in Syria and Iraq.

Johannes de Jong (Sallux ECPM Foundation) sent a written message to both events. He called on the participants to participate in the European elections. This will give them the opportunity to vote for politicians who voice their concerns in the EU. The Bündnis C and ECPM candidates will continue to support democratic forces in Northeast Syria, the Nineveh Plain and Kurdistan. Cooperation with political actors in the region who work for freedom rights and the protection of threatened ethnic and religious groups is also essential for security in Europe. 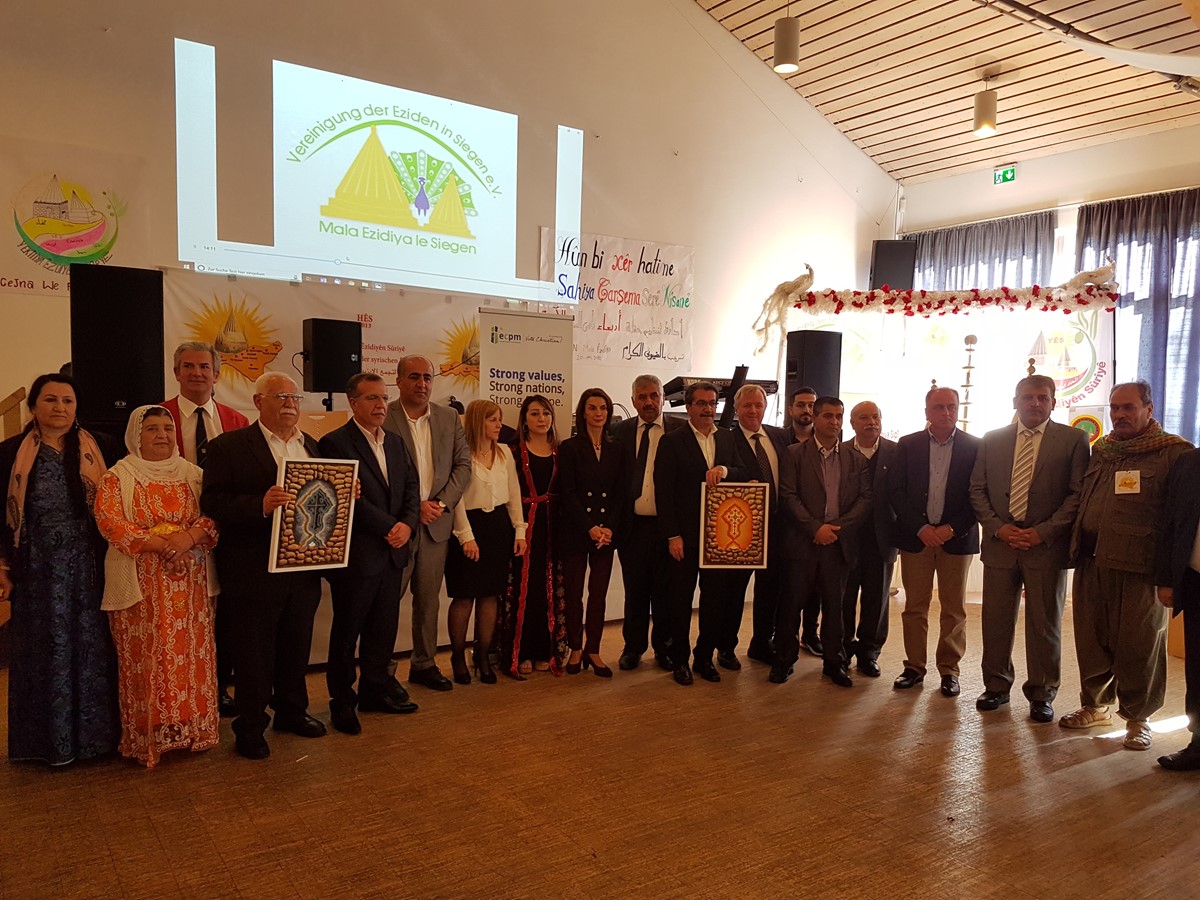