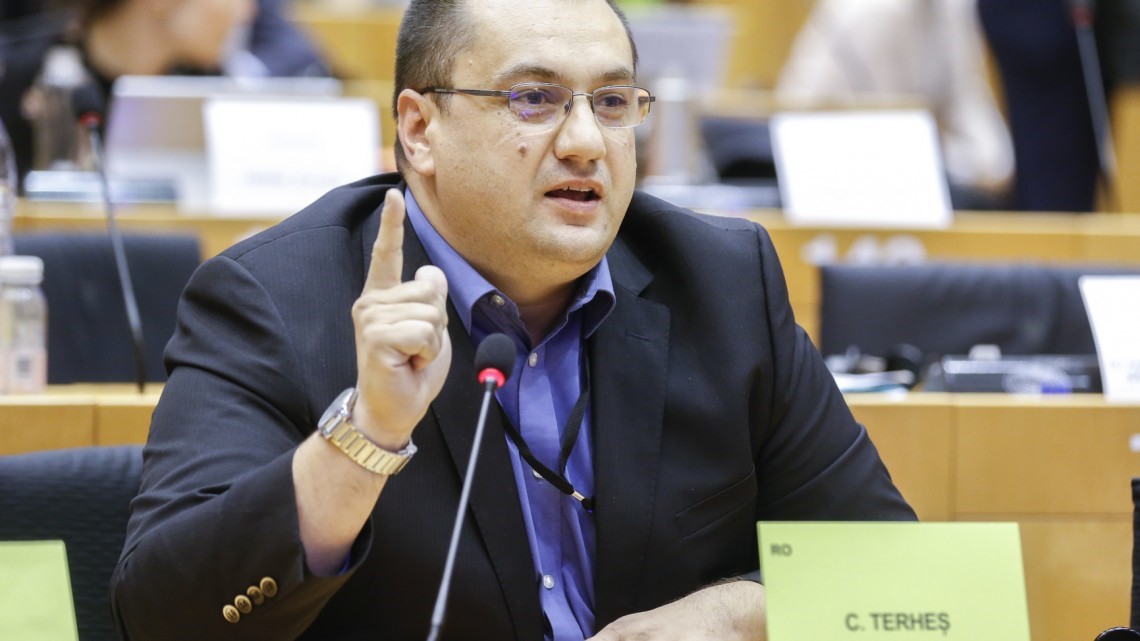 “We are honored to have Mr. Cristian Terheș as our newest member of the European Parliament. He is a strong defender of the Christian-Democratic values which are the cornerstone of our movement and of the EU origins, and we look forward to a fruitful collaboration in promoting Christian values at European and national levels”, said Branislav Škripek, ECPM President.

While living in the United States, up until before election, Terheș was highly active in fighting for religious freedom, rule of law, fighting against corruption, protection of human rights and Constitutional democracy in Romania.

He was elected as Member of the European Parliament in May 2019 as someone who fervently defends the dignity of every person, traditional marriage and the preservation of Christian culture and heritage in Europe. He aligns with the ECPM values in acknowledging the solidarity and subsidiarity principles of the EU, which calls for giving back more freedom to the national governments and increasing cooperation between the sovereign states, while maintaining EU’s role as facilitator.

The Christian-Democrat National Peasant Party (Partidul Naţional Ţărănesc Creştin Democrat - PNȚCD) is the oldest running party in Romania, its origins dating back to mid-19th century. The ECPM board formally renewed its partnership with PNȚCD in March of this year since the two parties’ values and priorities are closely aligned.

“I am honored to be part of ECPM and happy to find colleagues who believe, like me, in a Europe that needs, for its future sake, to safeguard its Christian foundation and which places at its core not the bureaucracy but the person, with its needs and its inalienable God-given fundamental rights. A similar fight PNȚCD has carried in Romania since its inception, the party being identified with the history of the country and being born from the desire of the Romanian people to have their freedoms respected and a national state to safeguard their fundamental rights. Because it believed in the Christian-Democracy as the model for people to prosper and in a Europe of nations that work together for the common good, PNȚCD played a key role in the integration process of Romania in NATO and EU. I am looking forward to fighting alongside my colleagues for a strong Europe based on strong values and strong nations”, Cristian Terheș said.