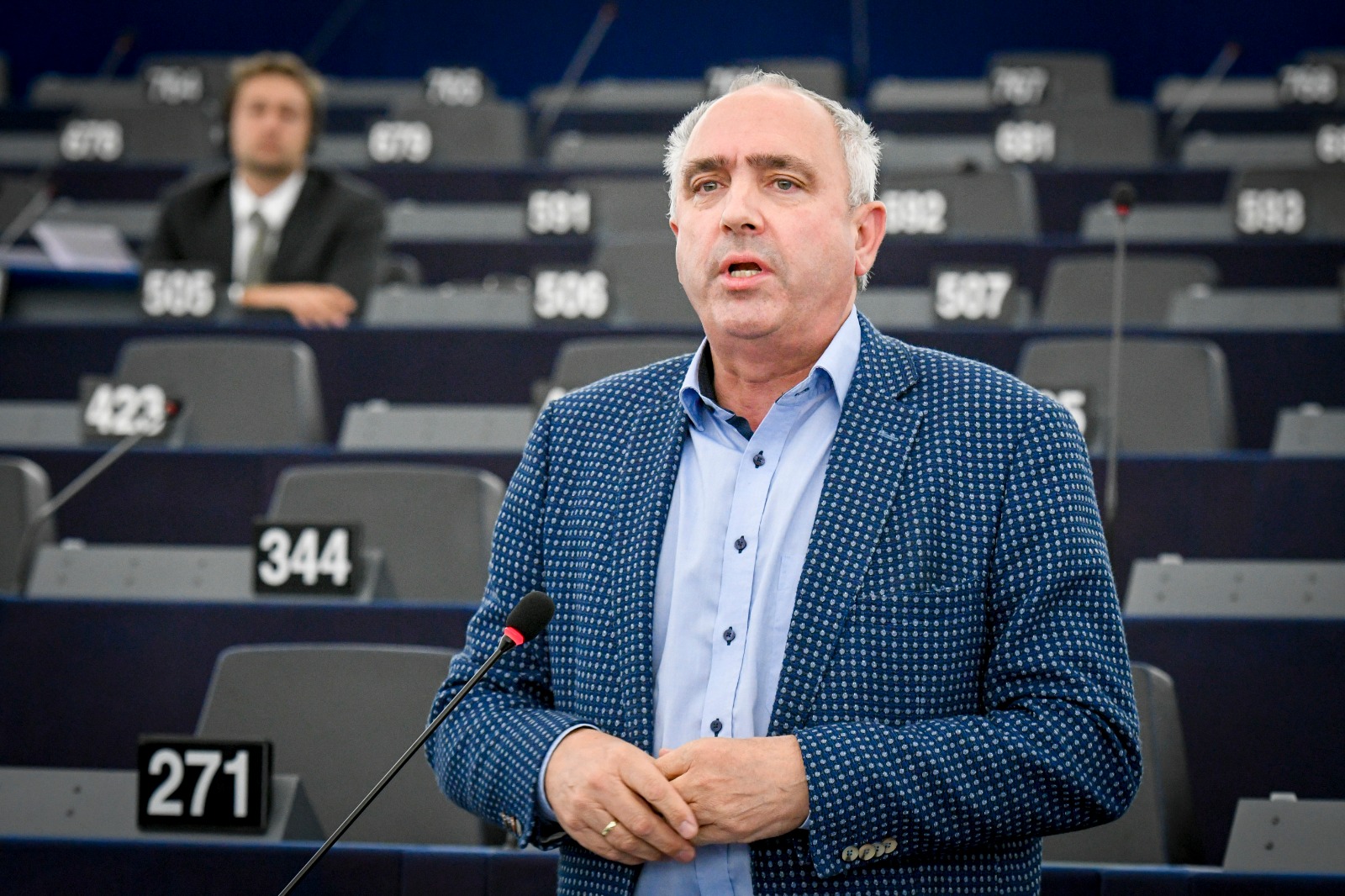 8 Oct. 2020, Brussels- Dutch MEP Peter van Dalen (EPP/CU-ECPM) delivered a fiery speech in the EP today in favor of the Armenians caught in the recent conflict in the Nagorno Karabakh region.

He, and other MEPs, have pointed to Turkey’s President- Recep Tayyip Erdogan’s military support to the Azerbaijan side, support in the form of jihadist militants. Remarks have also been made in the EP plenary to the Armenian genocide of 1915, when 1.5 million ethnic Armenians were killed in Turkey. In a letter to EU High Representative Borrell, Van Dalen and MEPs asked for EU to firmly condemn and put pressure on Turkey to cease its interference in the Azerbaijan- Armenia conflict.

“We cannot stop Erdogan’s violence with words. It is time for the European Union to draw a line in the sand. That means sanctions against the regime in Ankara. Not words, but sanctions”, Van Dalen said.

Mr. Van Dalen has also co-tabled a budget amendment in the Foreign Committee which was adopted last week, to stop sending pre-accession funding from EU to Turkey, since Turkey “routinely breaks the rule of law, persecutes religious minorities and imprisons journalists”. He is arguing for an end of accession talks and the development of a neighboring agreement instead.

In an interview with Armenian Gor Khatchikyan, Mr. Van Dalen has reiterated his support for the Armenians and encouraged the Armenian community in the diaspora to “continue to make their voices heard, provide a clear language and remain steadfast in their support.” He also joined the Armenian protest in front of the European Parliament on October 7th.

His stance was echoed in the European Parliament by other MEPs across political groups who have called for Azerbaijan to stop using cluster bombs in the conflict and for the EU High Representative Borrell to call for a ceasefire and a start for negotiations. HR Borrell made a statement at the beginning of the EP debate mentioning the efforts his office is making and cautioning everyone to mind fake news and disinformation around the Nagorno-Karabakh conflict.