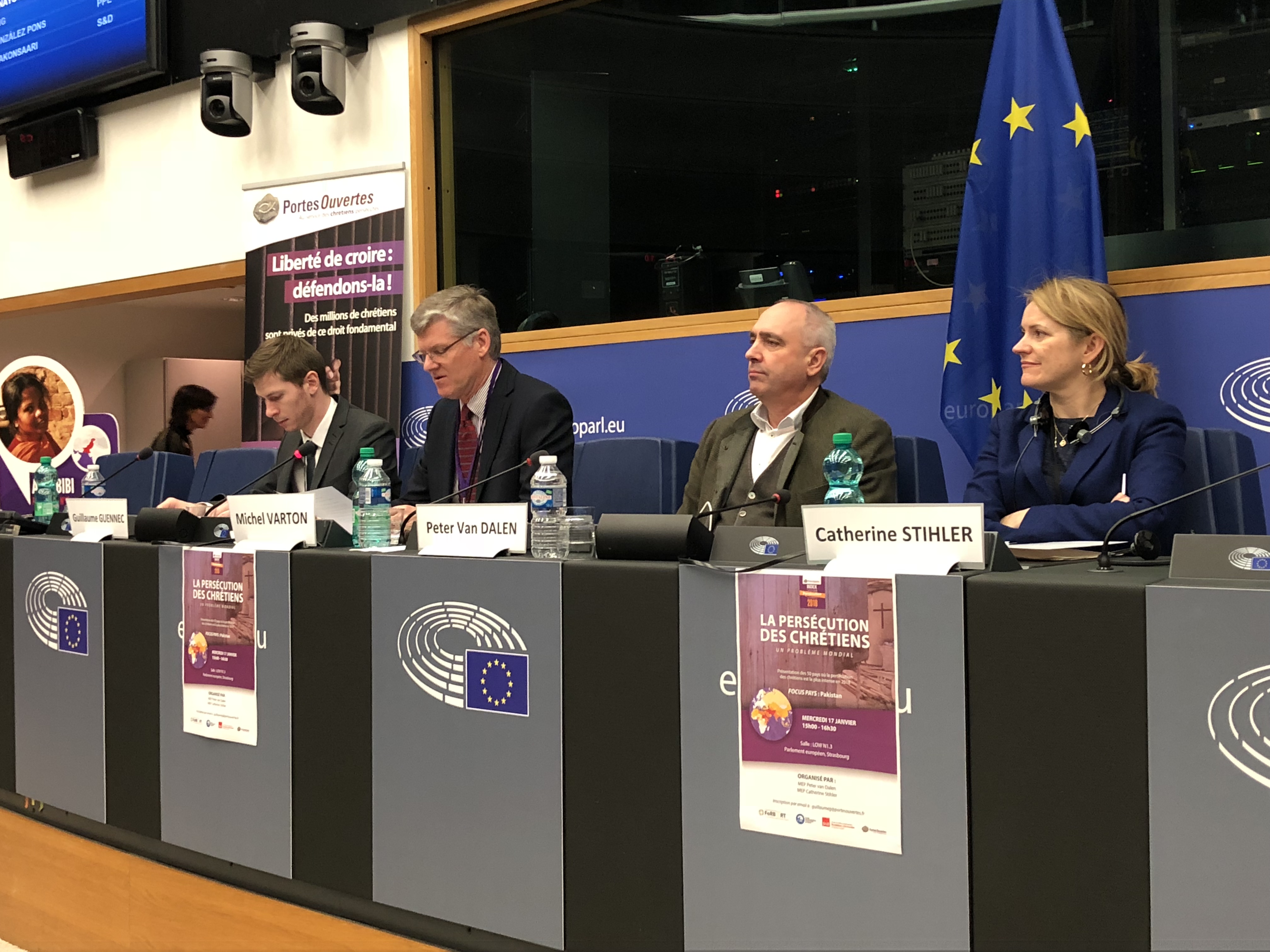 The figures Open Doors presents could not be more clear: of the 2,48 billion followers of Christ, one out of twelve experiences serious persecution. Moreover, 30 from the 50 countries on the World Watch List feature an increase of the amount of persecution. North Korea is still number one on the list and is thus still the worst place on earth to be a Christian. Its neighbouring country China stays on place number 43, but the most recent developments in this country (regarding the destruction of churches) suggest that the Chinese government has started a new offensive against its Christian population. Of the 393 million Christians in Asia, one out of four is being persecuted.

The focus of the event in Strasbourg was on Pakistan, listed number 5 on the Open Doors list. Pakistan is the country where most violence against Christians was registered in 2017. Esther Claire, a Christian lawyer from Pakistan, shared her experiences with the persecution of Christians in the country.

MEP Peter van Dalen: "Together with some colleagues I have visited the country of Pakistan last November. With my own eyes I have seen what problems Christians come across. We have met the family of Asia Bibi and that was hard. Asia has been innocent in prison for years because of a false accusation of blasphemy. It is clear that there is barely any room in Pakistan for religious minorities. The government should do more for the protection of human rights and freedom of religion. Trade agreements such as GSP+ must be used to guarantee human rights. I hope that this report of Open Doors contributes to the European Commission using the GSP+ agreement to firmly address religious freedom to the Pakistani government."

On initiative of ECPM MEP Peter van Dalen, the ECR group has asked the President of the European Parliament Antonio Tajani to send a letter to the Pakistani government concerning the release of Asia Bibi.