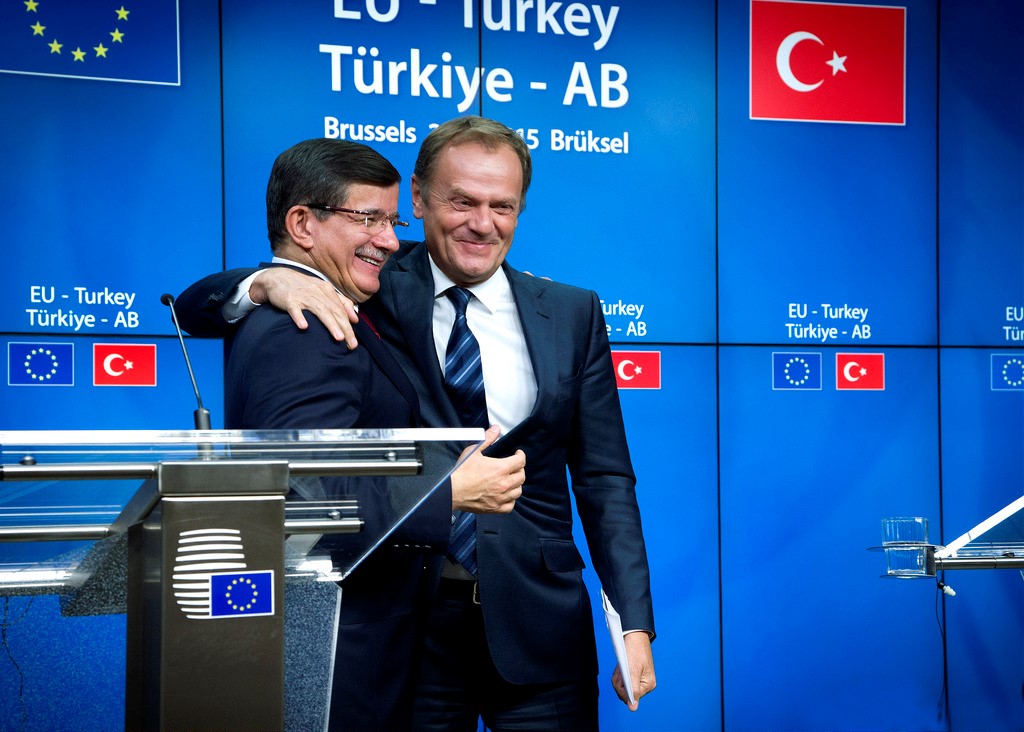 One year later: the Turkey deal

One year ago, the EU and Turkey made a deal in order to end the refugee stream into Europe. Greece and the countries along the ‘Balkan route’ were not prepared to handle a sudden influx of people of this magnitude. Furthermore the refugees were determined to move to countries in Western Europe. A solution was needed and a deal was made between Turkey and the EU. But how has it turned out one year later?

In March 2016, it had become clear that the lack of a European asylum policy had significant downsides. Confronted with growing numbers at the German–Austrian border, Chancellor Merkel decided overnight to allow the refugees to come to Germany. The false rumor that Germany welcomed everyone spread like wildfire and added to the immediate pressure that drove the leaders of the EU to create the ‘Turkey deal’ that was concluded one year ago.

This deal was meant to relieve some of the pressure. The essence of the deal: the EU lets Turkey keep its prospect at EU Membership and gives Turkey funding to host the refugees in Turkey, while Turkey takes care that the refugees do not longer move from Turkey to Greece and further into Europe. Furthermore the EU would take in a pre-selected number of refugees directly from Turkey and Greece would receive support to handle the refugees that were stranded there and would be reallocated and spread over the EU Member States.

Effects of the deal
The first effects seemed positive: an almost immediate significant decrease of the refugee stream. This stabilized the situation to a large degree. The aid from the EU to Turkey and NGO’s working with refugees in Turkey started to flow. However, that was all that ever ‘worked’ in the EU-Turkey deal. Turkey descended into a journey to dictatorship and started a war against its own Kurdish population which made it unfit for any further prospect at EU membership. The EU never developed a proper support to Greece. This was also difficult as the EU did not manage to set up a ‘sharing mechanism’ to spread refugees over EU Member States. Quite some Member States did not want to be part of it and quite some refugees did not stay in the Member States where they were allocated.

Furthermore the Turkey deal tied the hands of the EU in many ways. No longer was the EU able to support the grow of real freedom, democracy and multi-ethnic cooperation in Syria as Turkey blocked the EU from supporting The Federation of Northern Syria and the SDF. The EU did not stand up against Turkish state-violence against the Kurds. In that sense the Turkey deal has been counterproductive.

Regardless of all the downsides the EU is now starting to replicate the Turkey deal as it makes similar deals with a number of governments in Africa, some having an equally bad record in human rights. It means that the soft power of the EU is undermined significantly and that unfreedom and oppression (sources of refugee streams) are supported.

Better solutions
One year after the Turkey deal there is a need for better solutions. One of these solutions is that much more humanitarian aid and rebuilding support should happen in Syria and Iraq where in large areas this is already possible (such as The Federation of Northern Syria). Furthermore the EU should support freedom rather than oppression in MENA and Central Asia. In addition more explicit and targeted information on the realities of the life of refugees and illegals in the EU should be communicated to the countries of origin. More support to the refugees in Jordan and Lebanon is paramount as well as stabilizing the situation in Libya and economic support to Tunisia and Algeria. It is an open question whether every person who crosses the Mediterranean should maintain an automatic right at an asylum process and an EU-wide policy on this question needs to be developed.

Finally the EU needs to reconsider the whole situation in Greece. We need to understand that demanding continuing severe austerity from a ‘gate-keeper’ EU Member State is a moral and strategic failure.

The EU – Turkey deal cannot continue to be the sole refugee policy model of Europe. The current situation not only demands a revision of asylum policy but also a renewed focus at the real long-term solutions that will strengthen freedom in Africa, the Middle East and Central Asia.

The author of this article is Johannes de Jong, Director of Sallux (the ECPM foundation).