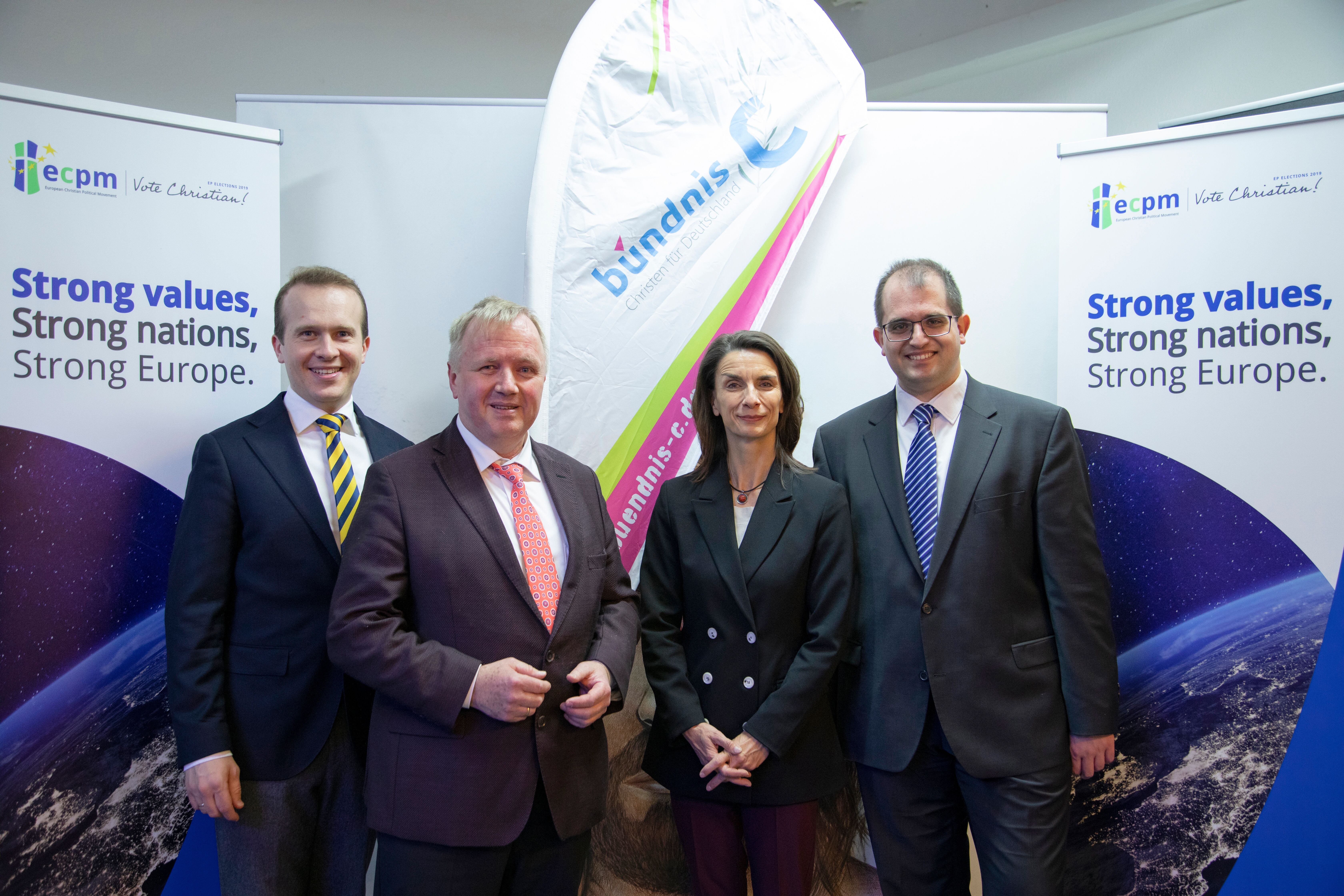 My Europe, Your Europe

Saturday, the 11th of May, ECPM Member Bündnis C organized an event at the Immanuel Gemeinde in Nürnberg, attended by 150 young people. The event was opened by a roundtable discussion on human dignity with the participation of ECPM MEP and candidate for the European elections Arne Gericke and candidate Karin Heepen. Other participants were Daniel Kaluppner (Pastor ICF Nürnberg), Amelie Himmelreich (church planter and teacher) as well as the leader of Parakaleo e.V. Nürnberg.

Arne Gericke spoke on the developments in the European Parliament in the last 5 years. He made special reference to Freedom of Religion or Belief and the efforts of members of the European Parliament to free Asia Bibi. Various initiatives against the exploitation and trafficking of human beings were also mentioned. Moreover, Karin Heepen spoke on the importance of collaboration of Christians on all levels of society in order to achieve change. She said she "dreams of a Europe as the founding fathers envisioned it".

The panel concluded with a Q & A from members of the audience.

After the roundtable, worship group “Alive Worship” led everyone in a time of praise and worship.