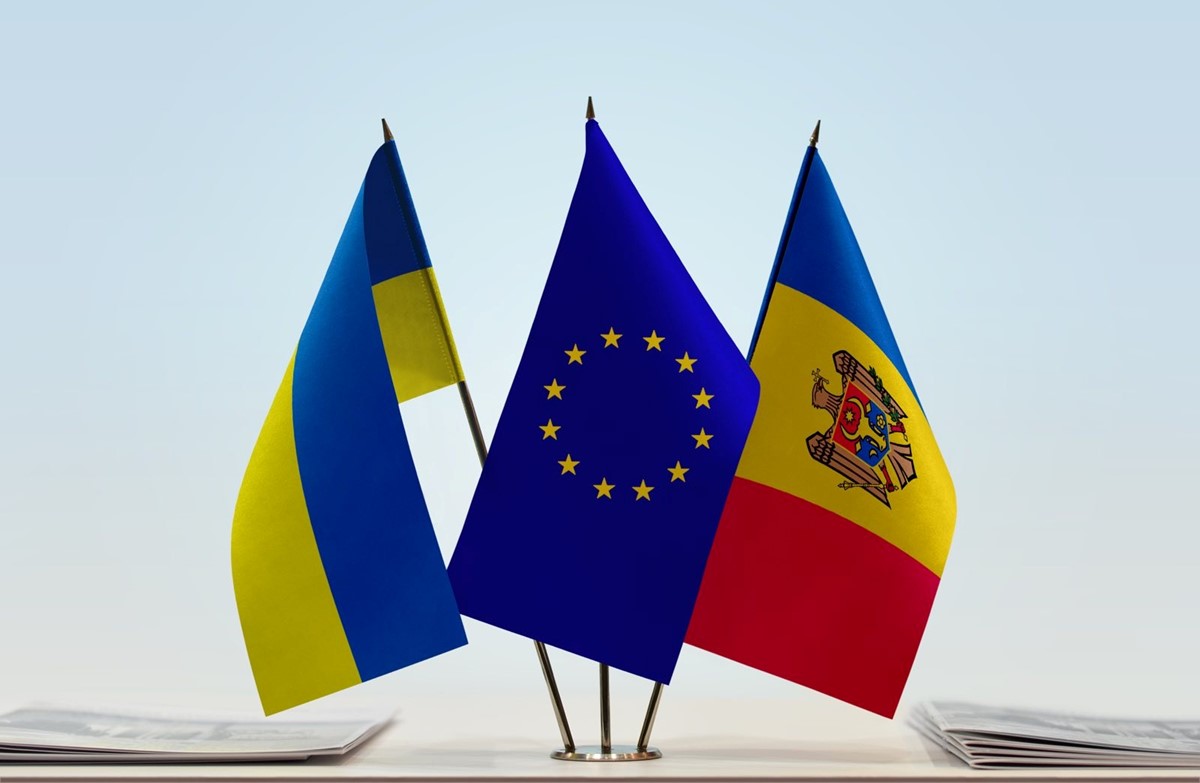 Moldova and Ukraine become candidate countries to the European Union

The EU heads of state and government gathered yesterday in Brussels have taken a historic decision to grant candidate status to Ukraine and Moldova.

Although the road ahead will be difficult and the two countries will need to implement significant reforms in order to become members of the European Union, the moment it was announced was emotional for both Moldovan and Ukrainian delegations.

For Ukraine, in particular, the candidate status represents a morale boost and a huge sign of hope for the population suffering from Russia’s aggressive war and occupation. Yesterday’s vote is Europe’s clear show of solidarity with the Ukrainians. Ukrainian President Volodymyr Zelenskyy addressed the EU council after the vote and thanked the leaders: “Thank you for your support at a crucial moment!”

President of Moldova- Maia Sandu- called the move  “an unequivocal & strong signal of support for our citizens and Moldova's European future. We are grateful & committed to advancing on the path of reforms.”

ECPM members of European Parliament, as well as ECPM President- Valeriu Ghiletchi, former member of Moldovan Parliament- applauded the historic decision, at the same time calling for “perseverance and godly wisdom in the decisions which will shape Moldova’s future.”

MEP Geuking announced on his Twitter account his “pledge of support for Moldova receiving EU candidate status”, while MEP Peter van Dalen announced his vote in favour of the resolution and cautioned about the significant reforms in the ares of fighting corruption, rule of law and consumer protection in both Ukraine and Moldova.