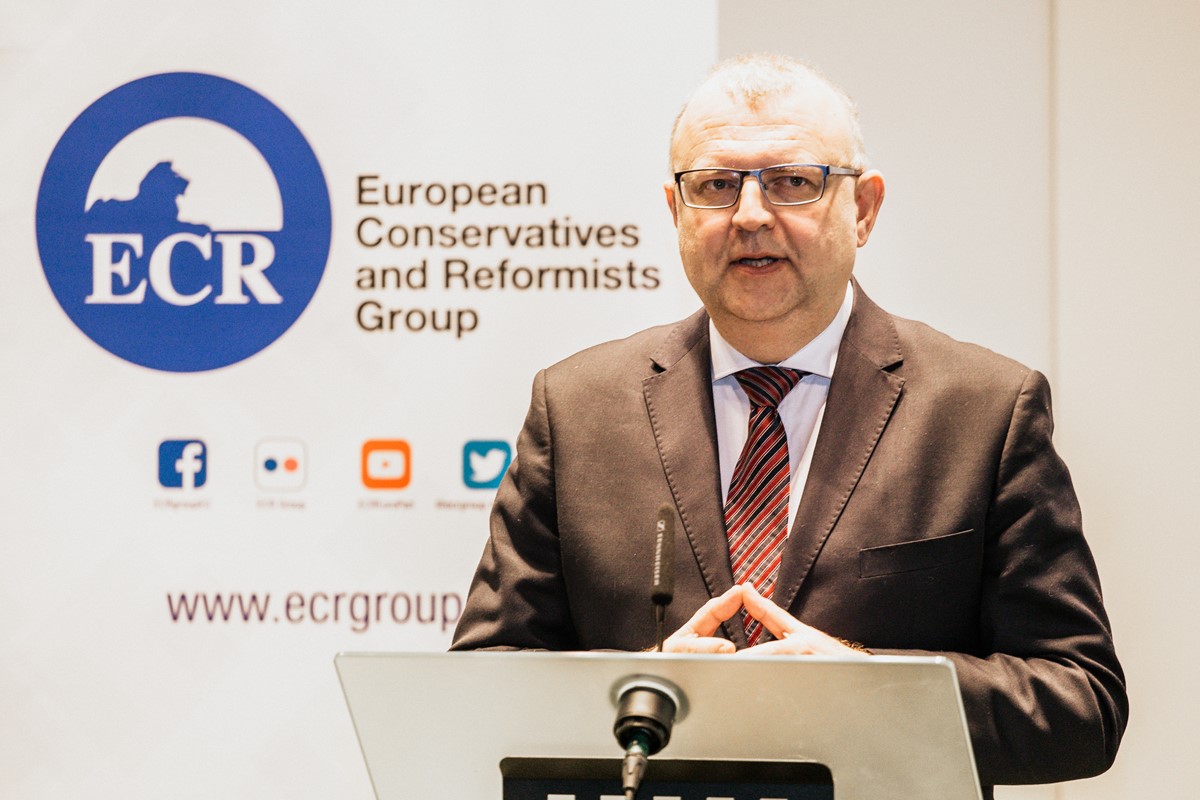 On the 6th of February, the exhibition "Wrocław broke the Iron Curtain" was opened by ECPM MEP Kazimierz M. Ujazdowski in the European Parliament in Strasbourg. The exposition told leaders and citizens of countries from all over Europe about post-war Wrocław and its successes.

Wrocław is an amazing city whose history and heritage has been shaped by many cultures and nations for centuries, according to ECPM MEP Ujazdowski and the organizers. Its present shape was also influenced by the total exchange of populations, an event unprecedented in the history of Europe, as well as by the heroic activity of the democratic opposition and the consistent Polish-German reconciliation process. This effort for reconciliation was initiated over the years by the words of the Wrocław Cardinal when he said "We forgive and ask for forgiveness."

The producer and organizer of the exhibition was the Wrocław History Center 'the Depot' and its director, Marek Mutor, is the author of the texts and studies. "Wrocław is a city that has done the impossible after the war. Although it was polluted and destroyed, it managed to regain its former splendor and its inhabitants identified their identity in the 1980s during the Solidarity revolution," Mutor says.

Mr Ujazdowski underlined Wrocław's successes: "We show to Europe a post-war Wrocław, a wonderful city of Polish freedom." He added that a very important part of the exhibition is the story of the letter of Polish bishops to the German bishops from 1965. "This appeal for Polish-German reconciliation is part of the European heritage and should be constantly reminded. After the conclusion of the exhibition in the European Parliament, the exhibition will be shown in other places and cities throughout Europe.