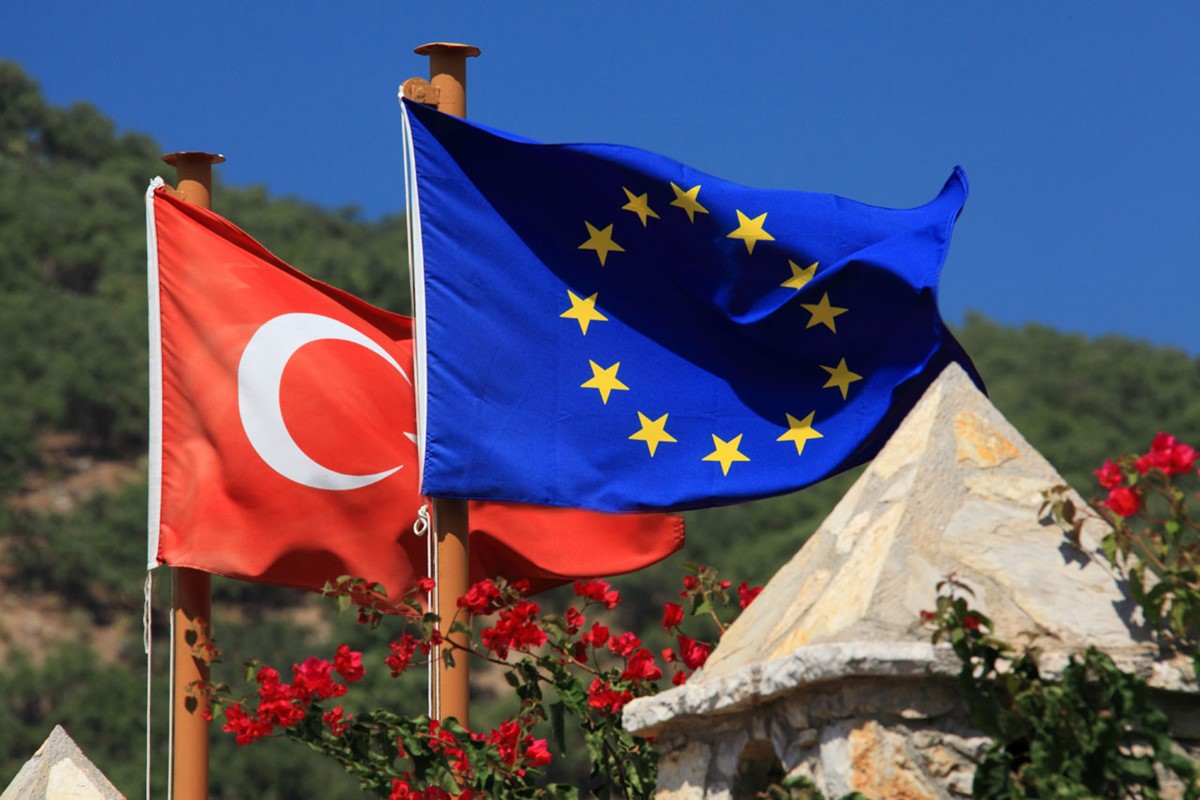 First, let’s consider motivation for keeping the talks alive. The migrant deal made at the end of 2015 is the strongest card Turkey has in its deck. The first series of migrants who arrived en masse have caught European countries off guard, leading to temporary solutions – refugee camps and detention centers in Greece - which were deemed horrific by human rights watchdogs. The EU has been very pleased with Turkey’s efficiency in stemming the flow of refugees towards Greece and Western Europe. In return, Turkey was given a 3-billion-euro aid package to help with hosting the millions of refugees it has within its borders, was promised visa-free travel for Turkish citizens in the Schengen zone and a renewal of accession talks. However, recently, Erdogan complained about the EU not fully keeping its end of the bargain and threatened to pull from the deal by opening up borders and sending thousands of refugees into Europe. This kind of talk was seen largely as grandstanding, fuel for stoking up anti-Western feelings before the referendum and ensuring victory for the 'yes' side. But at a closer look, we see that Erdogan continues the rhetoric afterward and keeps asserting Turkey’s pride, saying that “Turkey will not wait at Europe’s door like a beggar”. So, what would happen if the deal fell apart? The 'Balkan route' used by more than 1 million refugees and migrants to get into Europe before the deal has largely been closed: fences and borders went up in many EU countries which would make an influx of refugees from Turkey highly unlikely. On the other hand, Turkey would lose the aid money (and pre-accession funds) and any prospects of visa-free travel for its citizens. In the end, Turkey has more to lose by withdrawing from the deal - which means it is improbable it will.

Closely connected to the issues of border control and security is the cooperation between the US/EU and Turkey in fighting terrorism. Germany has a large military base in Turkey and, up until now, Europe was able to count on Turkey in the fight against IS, Al-Qaeda, etc. However, last month, German officials were prevented from visiting the 250 soldiers stationed at the Incirlik base, a move Erdogan tried in order to force Germany’s hand in extraditing Turkish soldiers who fled to Germany and are thought to have been part of the coup. Also worth remembering is the complex situation in which Turkey supports Assad and his forces in Syria which are fighting the rebels and US-backed Kurdish fighters who are fighting IS. The voices in favor of resuming the membership talks fear alienation from Turkey and a further drift towards Islamic fundamentalism. But let’s think this through: Turkey has seen several terrorist attacks carried out within its borders so it goes without saying that it has a vested interest in suppressing terrorism which, inevitably, aligns Ankara with Western interests, regardless of whether Turkey is an EU member.

Another argument claims that estrangement from Turkey would worsen the already fragile democratic institutions within the country. While the European bloc aims to protect civil liberties and the human rights of the persecuted people in the Anatolian state and will continue to push for the release of more than a hundred journalists imprisoned, Turkey is a sovereign and independent country and EU cannot interfere in its internal processes. It is incumbent on the Turkish citizens to stand up to government oppression, to vote differently in future referendums, to hold power responsible, to come together and resist and defend the democratic values they hold dear.

This brings us to the reasons why membership talks should cease. Ever since formal accession discussions began in 2004 it has come up time and again that this was not going to be a smooth process. There is the ongoing Cyprus crisis, the majority Muslim population, the failed coup in 2016 followed by a state of emergency which in turn, gave way to gross violations of human rights. We have already explored in depth in previous articles some of these trespasses. The recent referendum greatly increased Erdogan’s powers, weakened checks and balances and blurred the lines of the three powers in a state. It showed a Turkey deeply divided, where half the population has leaned into a deep resentment towards the West and the EU bloc, in particular. Erdogan mentioned he plans to submit furthering accession talks to a referendum as well as the reinstatement of the death penalty. The latter matter is the red line which EU said once crossed, there will be no more discussion of Turkey joining the bloc. But we argue that even before this red line is crossed, the aspects and circumstances surrounding Turkey at the moment are so utterly incompatible with European values that there can be no further talks. Turkey does not meet the Copenhagen criteria, as it stands now, nor does it meet accession requirements. Also, the irregularities during the referendum and crackdown on human liberties as well as the quashing of the free press has landed it on the Council of Europe’s blacklist, a measure highly unusual for any country that wants to join the Union.

For all these reasons and more, we are calling for the membership talks to end. It was made clear throughout this website that the values of Turkey are not those of Europe and we do not see that as changing in the future; for 12 years we have been talking and it looks like Turkey went from bad to worse. Why is anyone in Europe insisting that it could work? Turkey is Europe’s 4th biggest export destination with €78 billion worth of trade, and 5th biggest import source at €66 billion.  The economic stability wave Erdogan rode into power could soon dwindle if Europe pulls away, so it remains in Turkey’s interest to stay at the negotiating table and to accept alternatives which do not entail EU membership. It simply makes more sense to aim for achievable results than to be stuck in fruitless talks on accession. We hope that our message is heard loud and clear and we are eager to hear that the European Commission will make the right decision.

Sign our petition against accession of Turkey to the European Union!

This article previously appeared on www.freedomfirst.eu