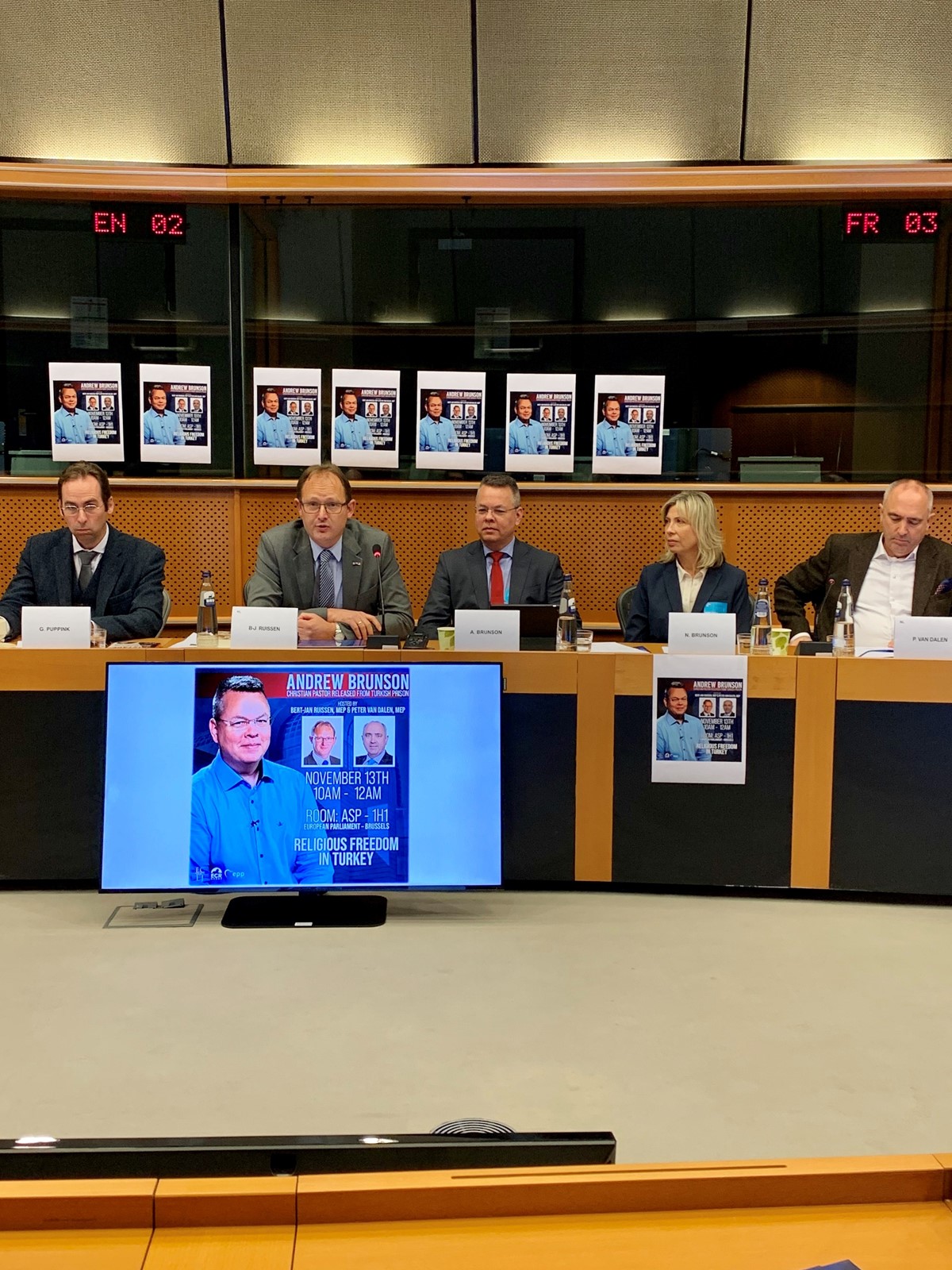 It was a packed room in the European Parliament in Brussels today, all of us wanting to hear and meet Pastor Andrew Brunson, an American wrongfully imprisoned for two years in Turkey for his faith.

Pastor Brunson shared with us the difficult time he had while being held in solitary confinement, the various challenges he faced as well as the three trials he went through. In the end, after pressure and sanctions imposed by the American government, the Turks have released him.

The pastor said that Erdogan has purposefully been taking Turkey in an Islamist direction in the last 6-7 years and because of that, every time someone converts to Christianity in Turkey, the people around them turn on them. A new convert might lose their job, their spouse and family, be harassed by their neighbors etc.

Pastor Brunson ended his testimony telling us that as a Christian, he is required to forgive those who have hurt him. He admitted it was hard, but that forgiveness is not an emotion, it is a decision. He extended forgiveness to his accusers and to the false witnesses during his trial and continues to stand in that forgiveness.

The ECPM MEPs and the ECLJ have further mentioned the worrisome trends we all see in Turkey regarding the erosion of human rights, the Islamization of the country and the disregard for the Freedom of Religion or Belief.