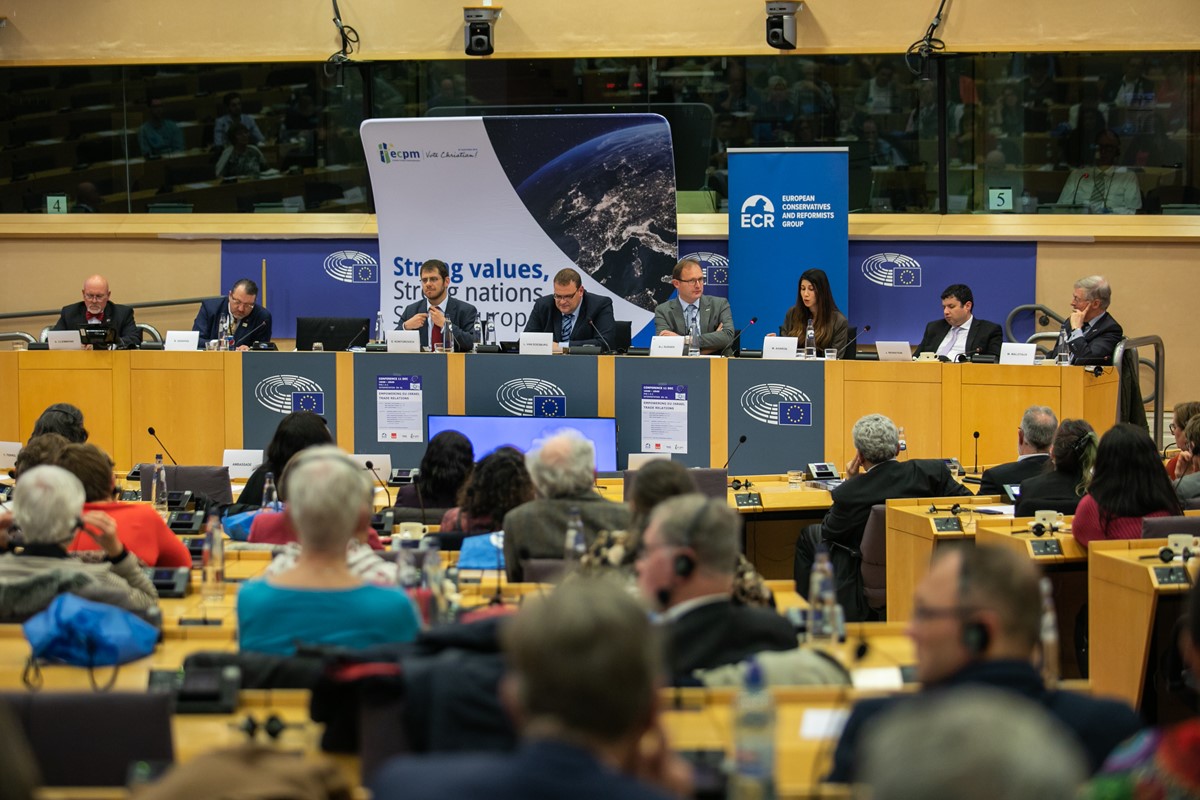 On December 11, 2019 ECPM MEP Bert-Jan Ruissen has hosted a conference in the European Parliament on trade promotion between EU and Israel, with a special focus on the Association Agreement with the EU and the recent debate regarding labeling laws for Israeli goods.

The ambassador of Israel to the EU and NATO- Aharon Leshno-Yaar- was one of the first speakers to open the conference and he spoke about the large cooperation between Israel and Europe in the R&D departments of companies all over the European Union. "This Parliament has a crucial role guaranteeing Israel's participation in R&D programs continues, since that is beneficial for all parties", he said.

The speakers that followed also focused on various aspects of the trade relationship. Prof Eugene Kontorovich presented the lack of legal substance behind the concept of "differentiation" in the Association Agreement and how it discriminates against Jews.

Jenny Aharon, Director of Golden Gate public affairs argued that the recent rulings of the European Court of Justice are specifically targeted against Jewish producers in the settlements. And how that has the potential to harm creation of jobs for both Jews and Palestinians.

Josh Reinstein, President of the Israel Allies Foundation also stated that the discriminatory labeling laws are fundamentally anti-Semitic and cautioned those listening who love freedom and democracy that these kinds of laws had been implemented in Europe before and that it's how systematic oppression usually starts.

The closing remarks came from Cristian Terhes MEP and he encouraged everyone in the audience to not just listen to what was presented by the speakers but to actually get proactive, to get involved in drawing attention to this matter, be it by calling their local governemnt representative, using social media platforms etc. A good reminder to all of us that we can make a difference.