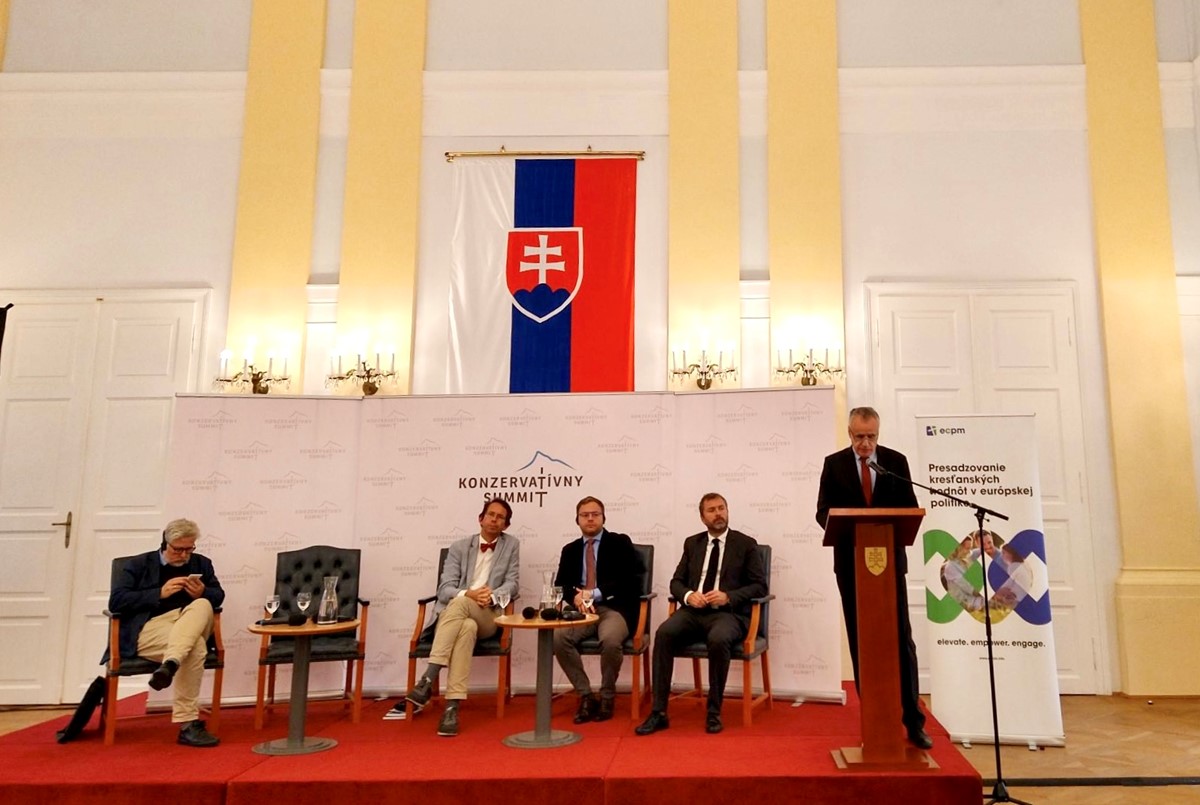 In the context of the discussion on the Future of Europe and possible changes to the EU treaties, Slovakian NGOs hosted the second Conservative Summit where political scientists, members of Parliament and leaders of governments from the Visegrad 4 (Slovakia, Czech Republic, Poland and Hungary) have gathered to discuss and reflect on the role and space of Conservative values in national and European politics.

It was acknowledged that the Conservative world in central-Eastern Europe is divided and fragmented and the speakers unanimously called for a greater synchronization and unity on the values and ideas we all have in common. They have also drawn attention to the dangers of globalism, loss of national sovereignty and identity, the threat to freedom of speech and to the right to belief and worship.

Throughout the day, there were three main panels and various side workshops focusing on: the future of the EU, family policies and economic/ demographic challenges in Europe, and the youth's view and part in conservative politics.

The main goal of the summit was to connect the conservative leaders from the V4 countries and strengthen their relationships and to create a platform of cooperation for promoting the Christian and conservative values in national and European forums.