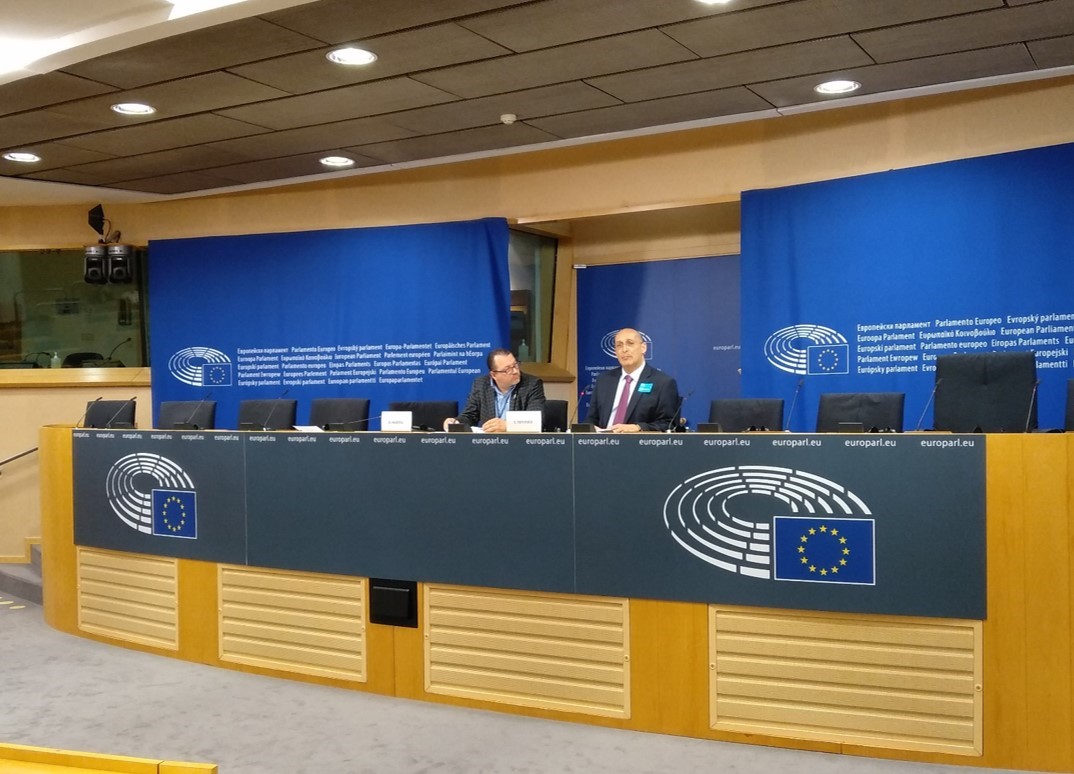 Last Tuesday, a press conference was held at the European Parliament, at which ECPM President Branislav Škripek reported on the illicent sale of Schengen visas from Malta to Libya. Škripek invited other MEPs, to join the initiative to investigate the cases of the sale of the visas. He has also asked the Slovak Prime Minister to open this topic at the summit tomorrow.

Branislav Škripek was quoted saying: "It is not acceptable to let this case to be ignored by the Commission and by the Council. Since last week, I have pointed out the increasing number of documentary evidents, which points to an illegal sale of Schengen visas, and medical visas in Malta. These visas were sold without any control to people residing in Libya." He also stressed the fact that warriors of so-called Islamic State are present in Libya. Therefore, it cannot be excluded that some of them have gotten the Schengen visa. The above-mentioned evidence leads as far as to the state employee of the Office of the Prime Minister of Malta. Škripek:  "The illegal sale of Schengen and medical visas is not only a serious crime against the Schengen treaty but is also a security threat for the EU."

As a member of the Committee on Civil Liberties, Justice and Home Affairs (LIBE), Škripek also provided information on the LIBE working group, that has already dealt with the situation in Malta following the murder of Daphne Caruana Galizia. "Journalist, Mrs. Galizia was concerned with a similar case of illegal sale of visas in Malta, but to Algeria."

One of the primary tasks of the European Parliament is to warn the European Commission about such cases and demand action. That is why, besides other things, Branislav Škripek officialy addressed the European Comission, specifically the Vice-president Mr. Frans Timmermans. Mr. Škripek requests specific explanation on why the Commission has not dealt with the topic of visa sales and why the problem, reaching back to year 2016, has not been solved, yet. "Actually, the comission has not provided any serious investigation of this case. However, it is their clearly stated role and duty to do so, according to Council Regulation (EU) No 1053/2013, establishing an evaluation and monitoring mechanism to verify the application of the Schengen acquis.", the Slovak MEP and the president of European Christian Political Movement (ECPM) explained.

Mr. Ivan Mintoff, a Maltese member of the ECPM, who unveiled the case of the illegal sale of Schengen visas to Libya, spoke in Brussels too. Škripek was one of the first members to open this case in EP and, therefore, he addressed his final words directly to his colleague Ivan Mintoff. "Thank you for your courage to speak the truth. We can hardly imagine what both you and your family have to struggle with in this case. But Europe needs such brave men and women like you, the ones who are the salt and the light. Simply, they are the hope for us all."

Branislav Škripek has officialy asked the prime minister of Slovak Republic, Mr. Peter Pelegrini, to open the case of the sale of Schengen visas at the weekend summit of the Council, where questions of Common European Asylum Sytem (CEAS), migration, security and protection will be discussed. The ECPM is 100% behind Mr. Mintoff’s fight against corruption in Malta.