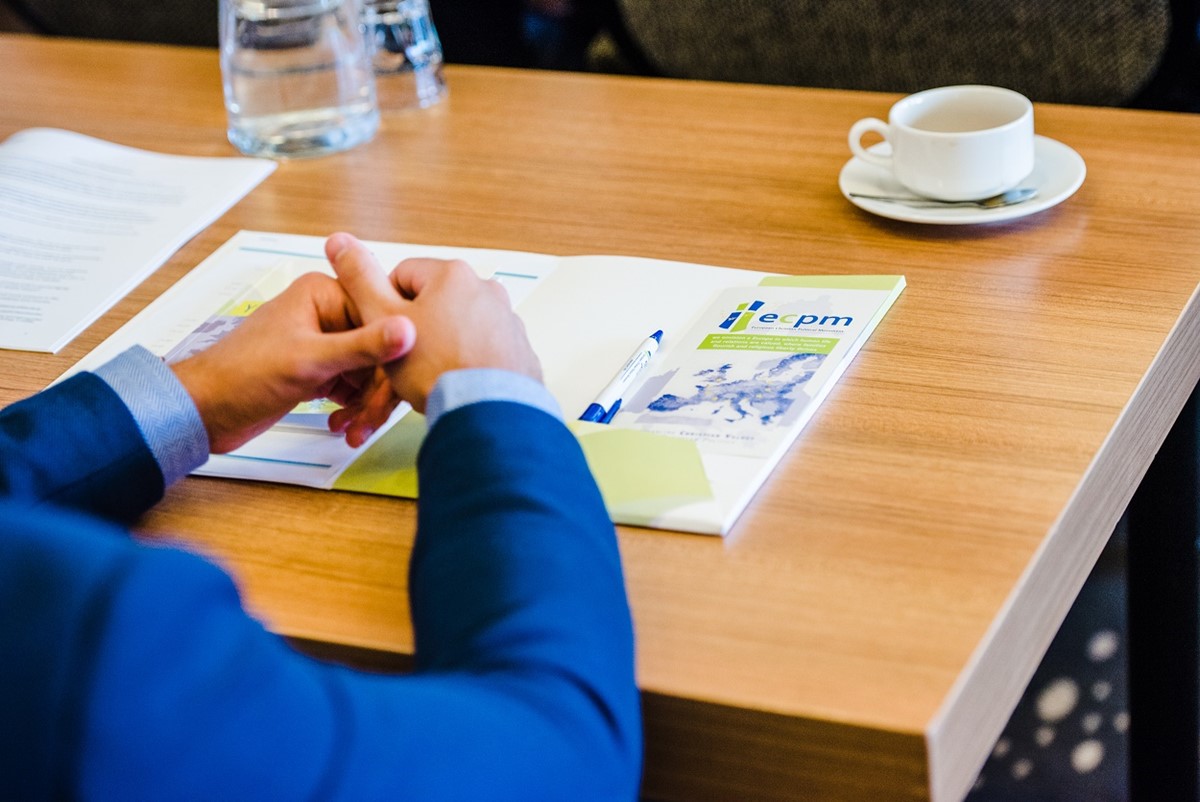 On Thursday 7 December, the 15th ECPM General Assembly took place in the European Parliament in Brussels.

Our President and ECPM MEP Branislav Škripek welcomed all who were present at our General Assembly. He thanked all the members and staff for their efforts in the last year. He paid special attention to our General Director Guido van Beusekom who sadly will be leaving us. Van Beusekom has built ECPM from the ground up in the last eleven years. "ECPM is now a steady European political party. We could not be more relevant today. With 2018 in sight, we are heading towards the 2019 European Parliament elections. Turbulent times are ahead but we are preparing well. ECPM will always strive to be vocal, creative, transparent and reliable." Furthermore, Škripek congratulated ECPM MEP Van Dalen – with whom he has recently been to Pakistan for the case of Asia Bibi - with his newly elected position as vice-chair of ECR.

Several new members were welcomed during the General Assembly. One of them is our newest member party Alleanza Bidla from Malta. Ivan Grech Mintoff introduced the member party and expressed his gladness to be part of ECPM. He shortly presented the situation in Malta, especially the destabilizing political situation in Libya that is affecting Malta to a great extent. Alleanza Bidla is working towards creating a bridge to solve the problems between Malta and Libya. Four new individual members were welcomed as well: Maltan MP Edwin Vassallo, MP Marek Krajci from Slovakia and Romanian MPs Luminita Jivan and Robert-Ionatan Sighiartau.

A report of the activities of the Advisory Council during 2017 was given by its vice president Wijbren Jongsma. After the financial report by ECPM General Director Guido van Beusekom, Maria van Oost gave a presentation on the new rules for European political parties, followed by the introduction of the resolutions that were submitted to the General Assembly. The resolution of ECPYouth on youth involvement in the Brexit negotiations, presented by their board member Blazej Duber, was accepted with some amendments and only one abstention. The full text of the resolution will be made available on our website soon.

ECPM Board Member and Moldovan MP Valeriu Ghileţchi (Member of the Council  of Europe) presented his activities in the Council of Europe regarding the report on "Protecting the rights of parents and children belonging to religious minorities", and shared with the members that he is working on a report for the rights of pregnant women that are working abroad. ECPM MEP Kazimierz Ujazdowski also shared his activities in the European Parliament. ECPM's Director for European Affairs Leo van Doesburg did so as well, sharing that he participated in several meetings throughout Europe and one in Israel, where he promoted ECPM and has made new and interesting contacts.

The General Assembly was then concluded by two short presentations by Sallux. Firstly, Rob Nijhof presented the new Sallux publication "Political wisdom" followed by a short presentation of Arleen Westerhof. Thanking all the participants for their presence, Škripek announced that our next and 16th General Assembly will take place in Slovakia on the 11th and 12th of May.