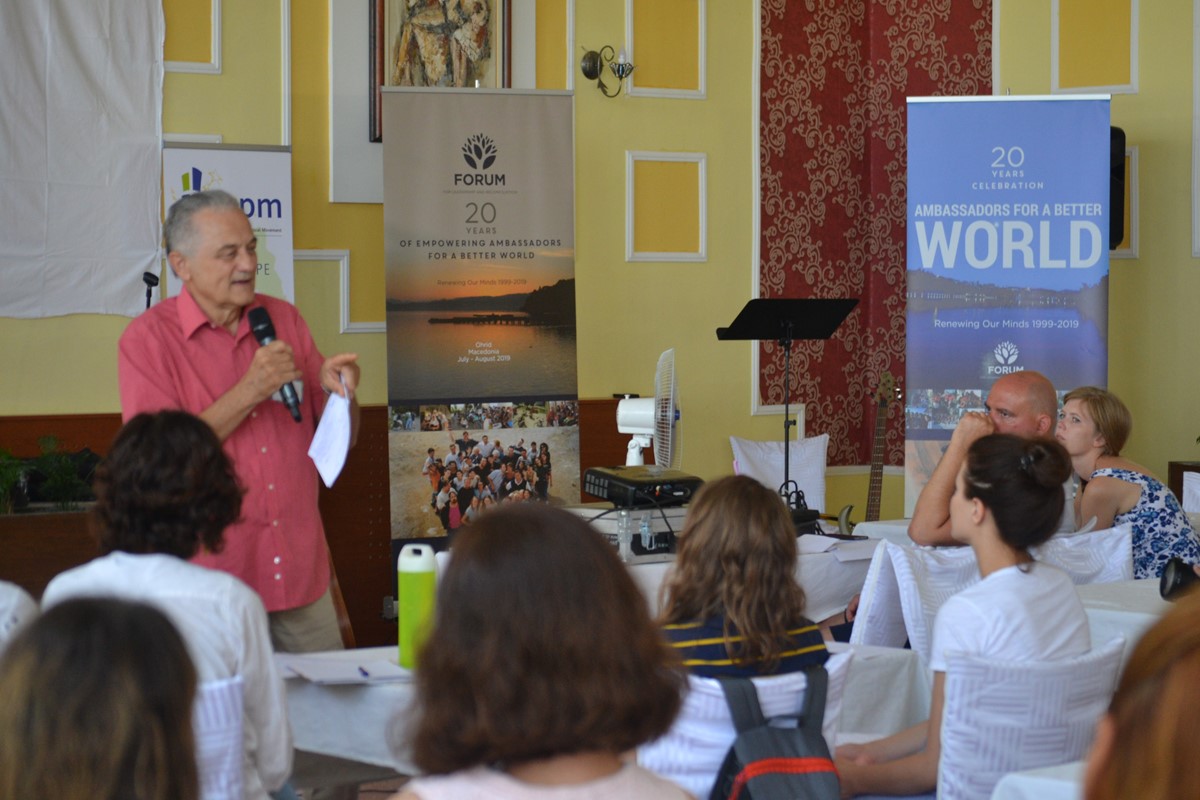 Renewing Our Minds (ROM) took place in Ohrid, Macedonia. This Leadership and reconciliation gathering was held under the theme "20 Years of Empowering Ambassadors for a Better World" 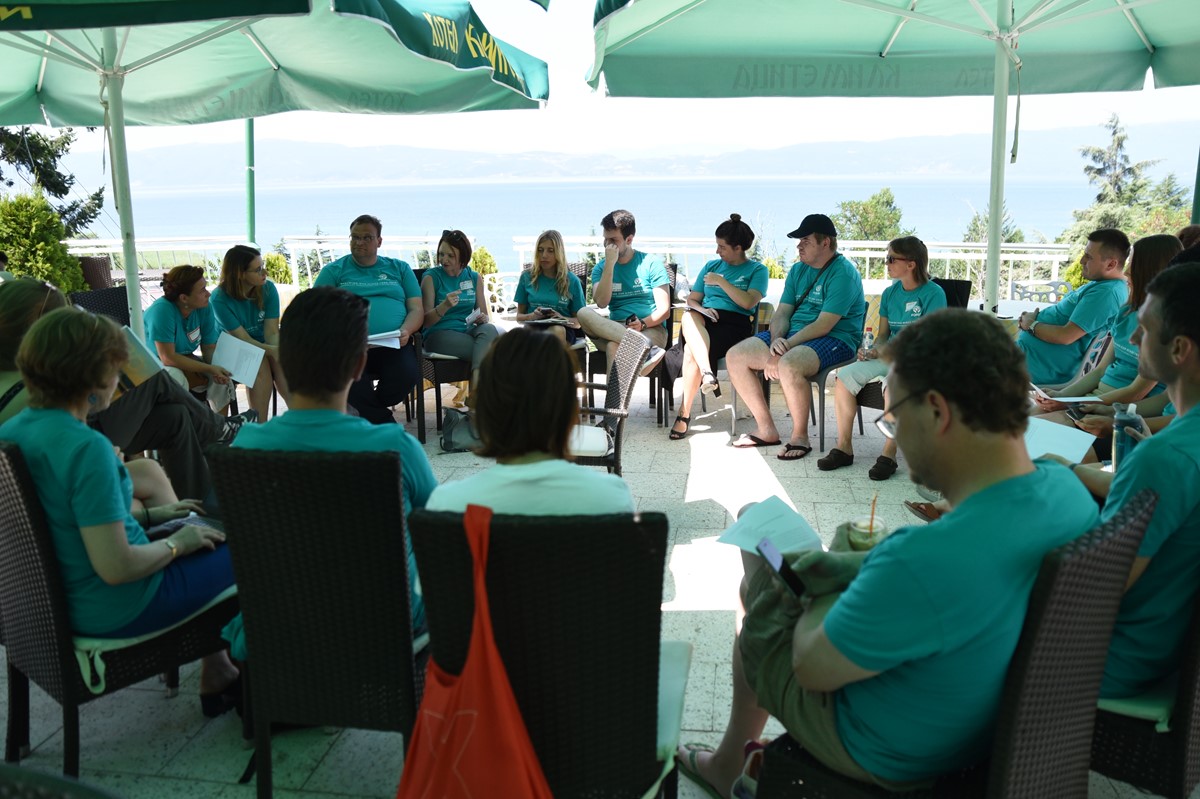 The Renewing Our Minds (ROM) project was born in Croatia in 1999, in the aftermath of the 90s post-Yugoslavian war that called for the education of young generations of leaders in the areas of peace building, reconciliation, and leadership development through service, modeled by the person of Jesus. The organizers believed that the teachings and example of Jesus would equip the young, emerging leaders of the Balkans and the world the best for leadership in the challenging environments and circumstances.

In the period of twenty years 1000 people from over 60 countries have been blessed directly from the ROM ministry, and have themselves been a blessing to the Renewing Our Minds ministry either as participants, team members, speakers or mentors. ROM has also contributed to the creation or several international organizations that focus too on equipping young leaders for the leadership of service, and has refreshed the visions of a number of already existing ministries and movements with new ideas and incentives of how to serve more efficiently their communities. We are especially proud of our sister ministry, EDI – Economic Diplomacy and Integrity Forum.  ROM has also highly contributed to the personal and spiritual transformation of many young leaders who took part in its programs and projects.

The summer of 2019 was a special summer in the history of ROM. 200 participants, mostly ROM alumni, with families and children, gathered in Ohrid, North Macedonia to celebrate the twenty years of ROM history. This is why we called the gathering, that took place between Monday, 29th July and Monday 5th August, 2019 the ROM 1999-2019 Anniversary Celebration Gathering. It was  a week of reenergizing, sharing, empowering and thanksgiving, as well as a week of reminding the alumni of the values of peace building, reconciliation and leadership of service, as well as of following Jesus – which have been the core values of ROM since its birth in 1999.

Our desire was to learn from a mutual experience of the past 20 years, and thus set a stage for a new season of ROM ministry. This milestone ROM anniversary was also the important occasion when the top leadership baton was passed from the hands of Tihomir Kukolja, who served the ROM community as its director since 2001 (eighteen years out of its 20 years long history) to the hands of its new director, Bojan Ruvarac from Pancevo, Serbia. In fact, Bojan Ruvarac assumed officially the role of a new director on Sunday, 4th August, 2019.

The 1999-2019 ROM Celebration Gathering also highlighted the service of two organizations that have made the ministry of ROM possible in the past 20 years; the Croatian based organization Life Center International, under which leadership and guidance ROM was born in 1999, and Forum for Leadership and Reconciliation, the Seattle based organization that has provided ROM with the needed governance and support since 2010. Both organizations played the most significant role in providing leadership and ministry platform for the service of the Renewing Our Minds movement, as well as the mission and vision guidance under its mission statement: “Developing leaders transformed by the person of Jesus in a divided world”, inspired by the words of Jesus: “Whatever you did to the least of those, you did for me!” Matthew 25:40.

At the end of the ROM 20 Anniversary gathering awards trophies were given to a group of leaders and organizations who have over the years served the ROM community or contributed significantly and most consistently to its development. On behalf of ECPM the award trophy was received by Leo van Doesburg.

The planning and execution of the 1999-2019 ROM Celebration Gathering, the biggest ROM event in its history, was a big and demanding undertaking, with the total cost of $78653 or 71303 Euro. 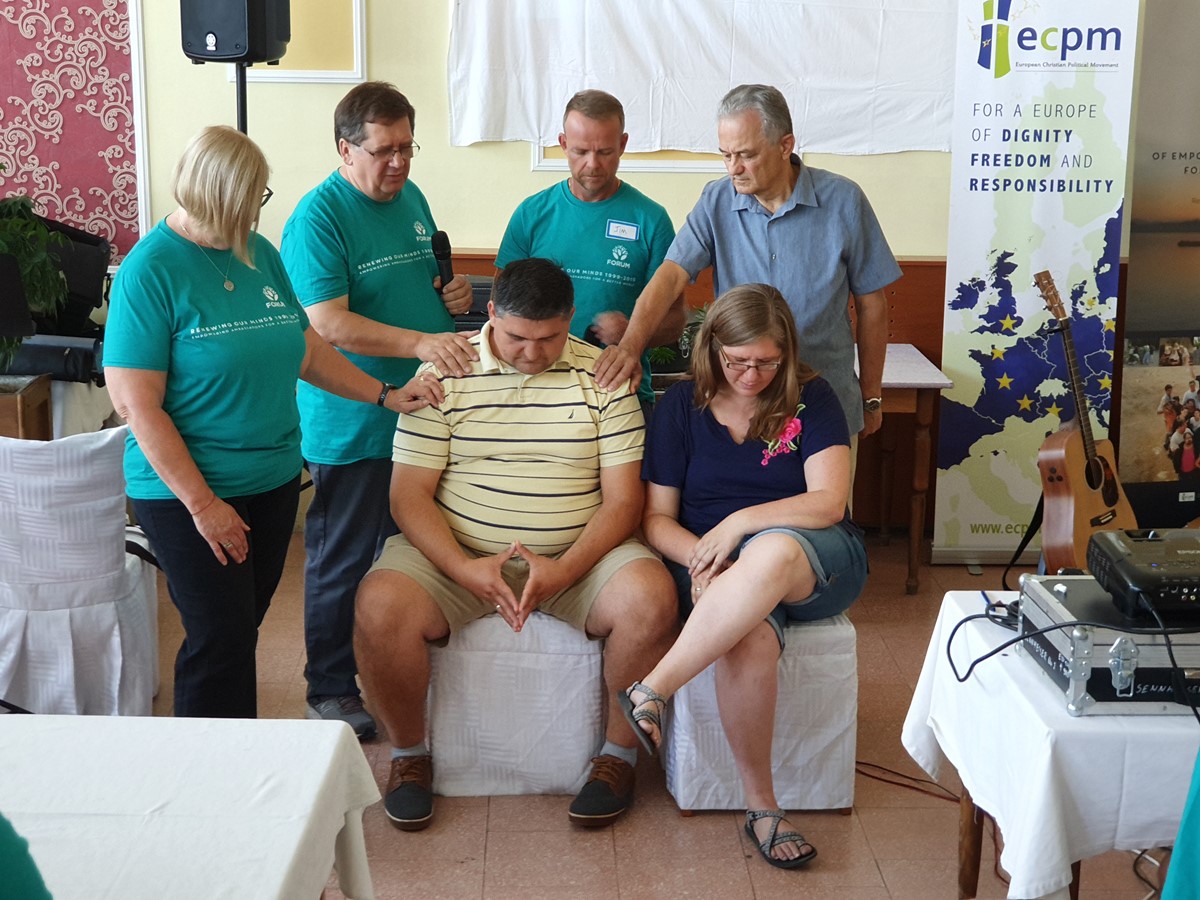