The Jerusalem Chairmen’s Conference targets Christian members of Parliament who are supporters of Israel. The Chairmen’s Conference event on December 8-10th 2019 welcomed Members of Parliament from 20 countries. The participants met with Israeli local government leaders, Ministers and Members of Knesset, and discussed current issues facing Israel, such as the growing threat of BDS, anti-Semitism, security threats, delegitimization efforts and more.

The Chairman’s Conference event on December 8-10th 2019 took place as anticipated, with the participation of Members of Parliament from 20 countries. See below for a complete list:

The itinerary on Sunday, started with welcome and Introductions. This was followed by The Balcony of the state - Peduel - which took place inside the headquarters of the Samarai Regional Council. Then the Industrial Park - Twitoplast Factory visit was conducted. This included the ​Family Representatives of victims from the 2018 Barkan Terror Attack, Tour of Factory, signing of Declaration ​Member of Knesset Miki Zohar Yossi Dagan and shomron Regional Council Head.

Other activities included the Kabir Winery Leah Goldin, ​parents of slain and missing soldier Hadar Goldin and the Shomron Presentation

Monday, December 9th, first was the welcome by​ Dr. Dave Weldon, IAF Chairman of the Board. Then presentation by President-elect of Guatemala, Alejandro Giammattei. Then we had activities as follows, "Building a Legal Ghetto Around Israel: EU Labelling and the Double Myth of Occupation”  ​Eugene Kontorovich, ​Professor of Law and Director of the Center for International Law in the Middle East at George Mason University Scalia Law School, Resolution Sessions, IAF Briefing - Europe & Latin America and Group work : Europe, Latin America, Africa & US/Australia.

The participants were impressed with the high level Israeli officials who they were able to meet, and pleased that they were from opposing parties, so that they could hear from all sides. The delegates were able to form smaller groups based on their region, so that now, for example, the European MPs who participated in the trip are part of a whatsapp group monitored by European Affairs Director of the ECPM, Leo van Doesburg. This way they can continue to work as a united effort in their support for Israel. All in all the event was a resounding success. 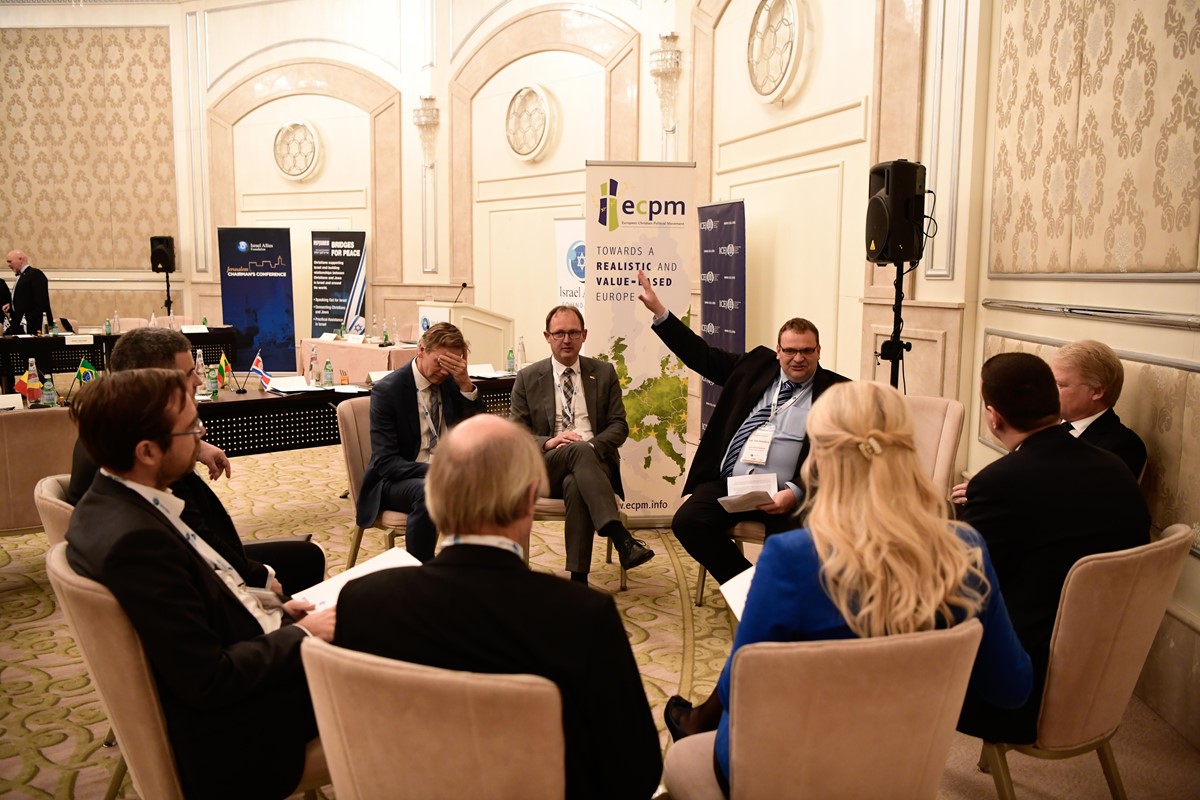 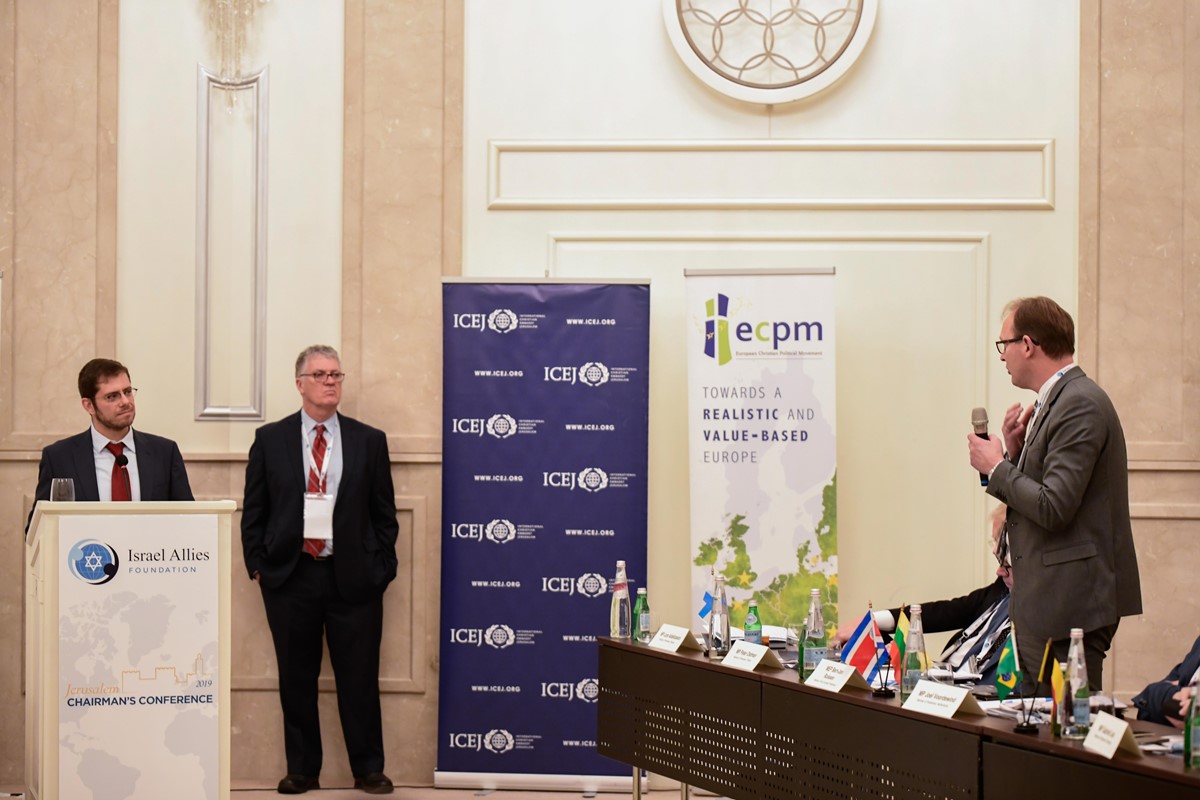 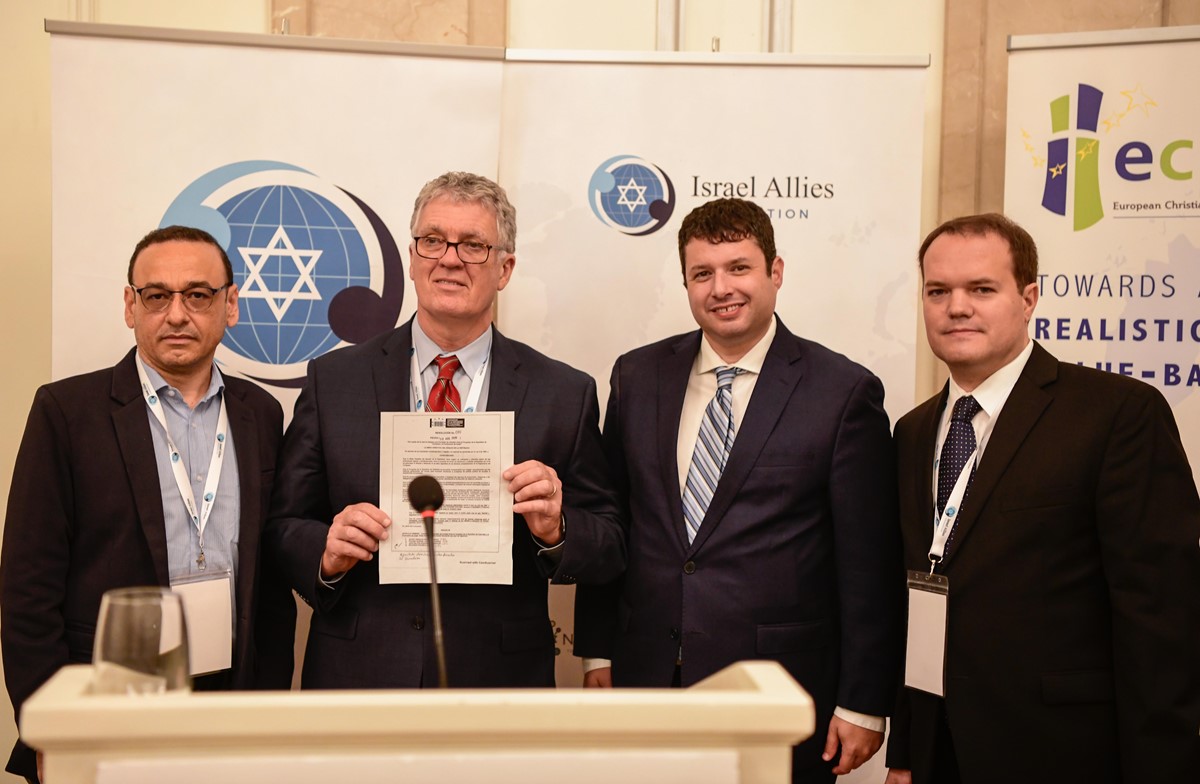 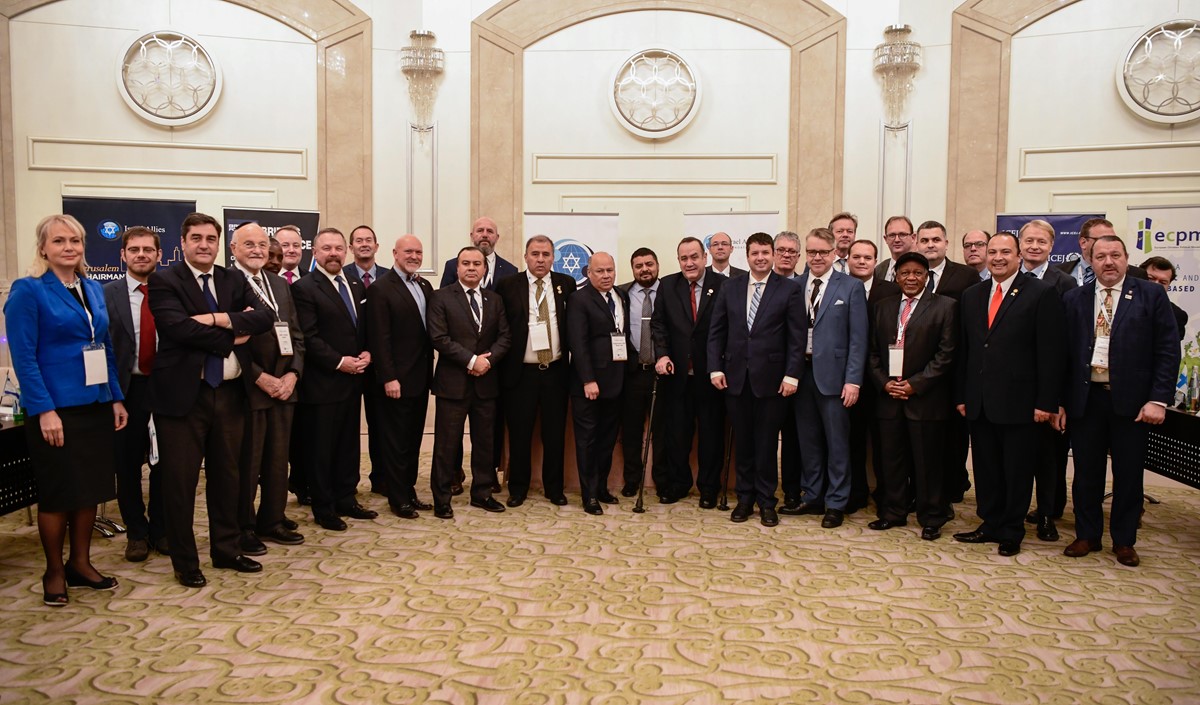