Through a series of four seminars held in different cities in Ukraine from June to November reinforce democratic development and sustainable society in spread the idea of Christian democracy and build a coalition for civic action. The programmes targets political, NGO, church and youth organization activists.

This seminar took place in Kiev and the topic was on Economic Growth and Social Responsibility. Speakers to this event were Erik van Dijk on behalf of the FICDD foundation of the Christen Unie Party in the Netherlands. He spoke about the Conception of socially responsible  market economy: from Abraham Kuyper to Christen Unie and also about the political landscape in Europe in light of the Elections. Other prominent speakers were Roman Sklyarov from the Center for Economic Democracy talking about The future of capitalism: Economic democracy and creative class; Anna Masna, the international secretary of Ukrainian Student Association discussing about the Problem of populism and responsibility in Ukrainian society; Oksana Horkusha PHD form the Institute of Philosophy speaking on the challenges and perspectives for Christian values in time of domination of vulgare utilitarianism - modern Ukrainian context. 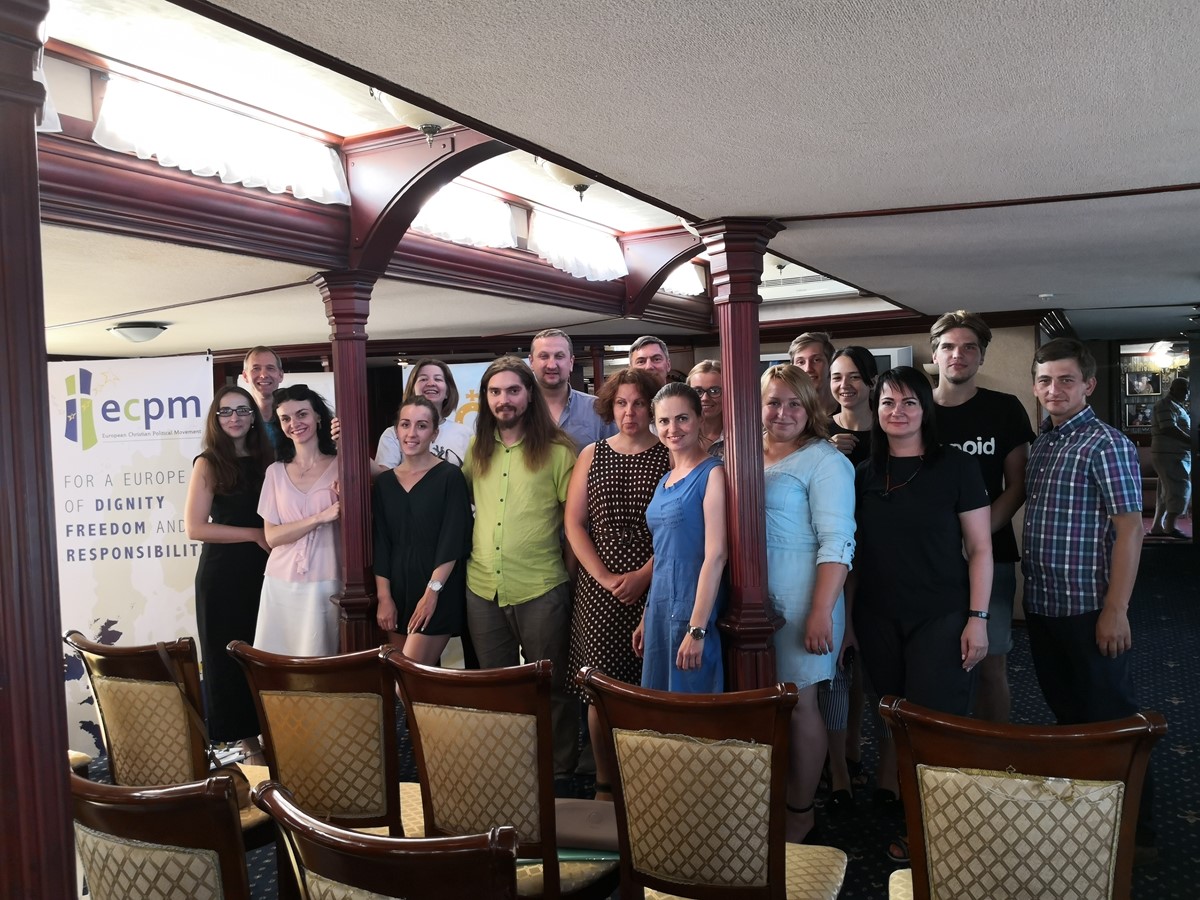 FDA (Foundation for Democracy Assistance) together with the EPCM (European Christian Political Movement) and FICDD (Foundation for Christian Democratic Development), held the second part of a series of seminars on "School of Civic Activity", dedicated to the ideas of European Christian Democracy and their adaptation to Ukrainian realities. The event was entitled “European Ideas for Ukraine. From Robert Schuman to the Present” and took place from August 29 to August 31 in the city Zatoka near Odesa.

The event was attended by 32 participants representing various NGOs and movements and independent media, media activists and bloggers from different regions of Ukraine

Speakers were, Yuriy Mindyuk, Chairman of the Board of FDA, Yuriy Goncharenko, Member of the Board of FDA, Anna Masna, International Secretary of the Ukrainian Student Association and Valeriy Maidanyuk, journalist and expert at the Foundation for the Promotion of Democracy. 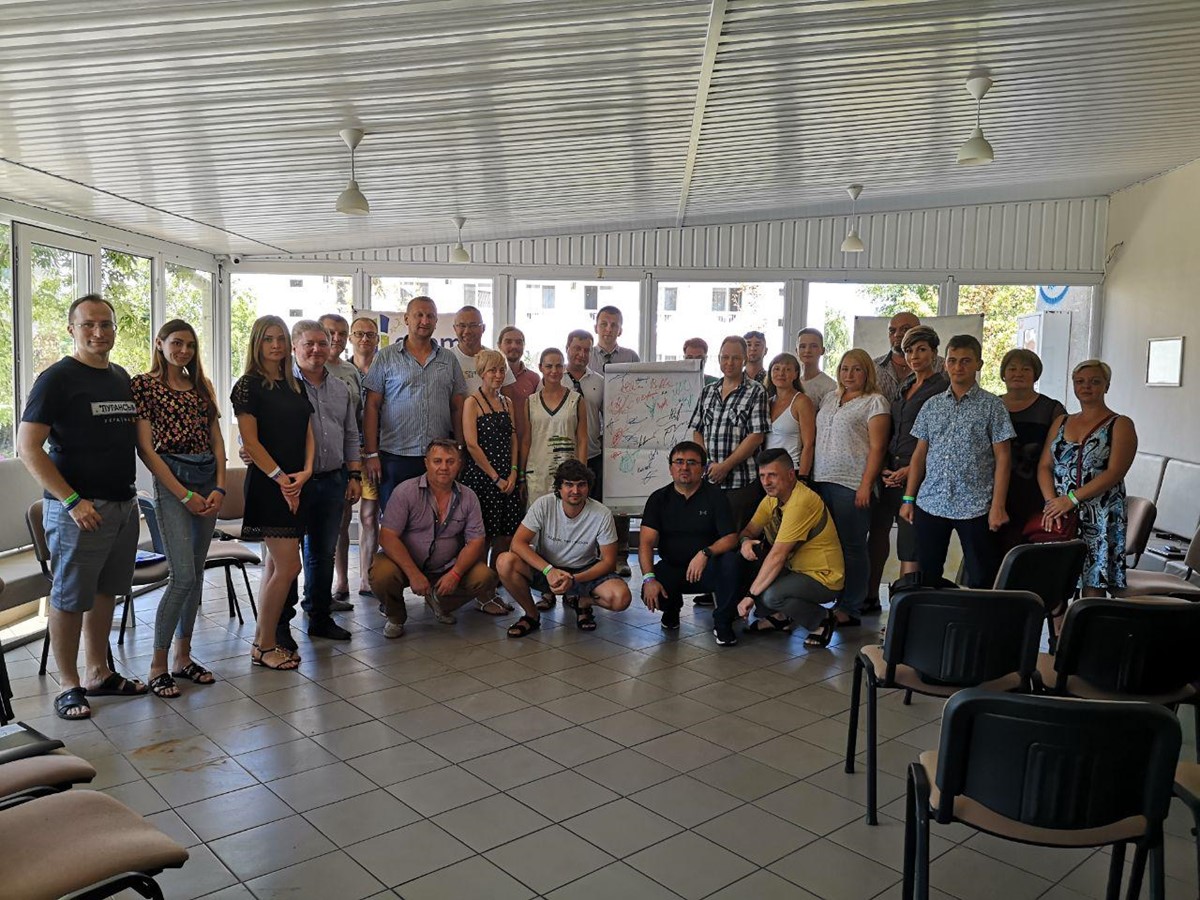 From 18 to 20 of October the seminar "Reforms and Democratic Change for Ukraine" was held in the city of Chernihiv, organized by FADI with support of European Christian Political Movement and Foundation for Christian Democratic Development. This was the third part of series of seminars in “School of Public Activity”, previously held in Kyiv from 21 to 23 of June and from 29 to 31 of August 2019 in Zatoka.

More than 30 participants from different organizations and regions of Ukraine participated in the Seminar.

Trainings were facilitated by:

• Vladyslav Vasyl, media-expert, co-founder of the National-conservative movement of Ukraine;

• Yuriy Mindyuk, President of the FADI.

The following topics were presented during the seminar:

• Reform of the justice system in Ukraine. What went wrong?

• Public activity in Ukraine. Problems and their solving.

• Media sphere in Ukraine. What needs to be changed?

• Public control of the state authorities.

• Control for Ukrainian bureaucracy and fighting with corruptions.

• What stops reforms in Ukraine?

After finishing of the seminar FADI organized a Jeff Fountain’s book presentation “Deeply Rooted” at the Cultural and Art Center “Intermezzo”.

From November 15th to November 17th a seminar "BUILDING A COALITION. MEDIA-ACTIVITY AND BLOGGING" was held in Lviv. This was a final element of a series of four seminars within the PUBLIC ACTIVITY SCHOOL - a joint project of the Foundation for Assistance OF Democratic Initiatives, European Christian Political Movement and Foundation for Christian Democratic Development.

The event was attended by 36 participants.

The reports were made by:

• Vladyslav Vasyl, co-founder of the National Conservative Movement of Ukraine;

• Yuriy Mindyuk, President of Foundation for Assistance of Democratic Initiatives

• Valeriy Maidaiuk, expert of Foundation for Assistance of Democratic Initiatives.

The main topic of the reports was media-activity, in particular Vladyslav Vasyl spoke about the practical use of OSINT technology and methods of verifying information and countering black PR.

Yuriy Honcharenko spoke about the dirty technologies used in the political media and counter-measures, as well as about forming his own image in social media.

Anna Masna talked about how to form a coalition, and Yuriy Mindyuk - about building a coalition of civic action. 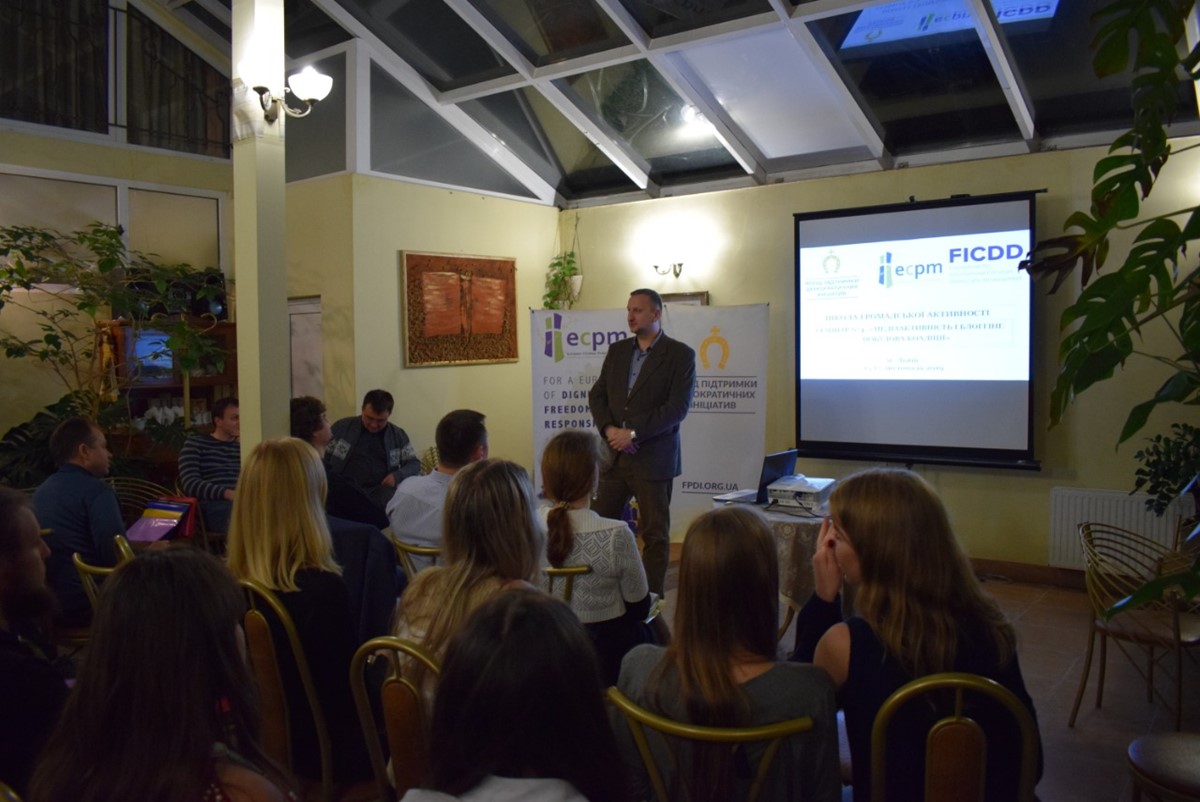